In his relatively brief, nine-year fishing career, Mark Coulthurst made a habit of finding the better way and it brought the Coulthursts from a plywood skiff and a house trailer that they shared with their gill nets, to the 58-foot Investor and a highly respected place in the Northwest salmon and herring fleet. When it came time to replace the Kit, the Coulthurst’s recognized the need for a comprehensive business plan. They were moving into the big league.

Mark and Irene were both firm believers in the husband/wife fishing team, so it was only natural that their plans would be based on mutual family goals. From a personal standpoint, that meant spending more time together as a family. From an investment standpoint, it meant that the business had to work for them, not them for the business. With the help of their accountant, Mark and Irene began plotting paper-and-pen fishing seasons that reflected past performance and a reasonable growth expectation.

The name Investor reflected the thinking behind the plan they came up with: at the end of five years, Mark’s time on board would start to decrease rapidly, the boat would be earning more of the profits with Mark spend­ing more of his time diversifying their business. “At the end of five years, I don’t want to have to spend 150 days a year on the boat, away from my family. The idea behind the name Investor is that we expect the boat to earn money, money that we’ll invest in other areas.” 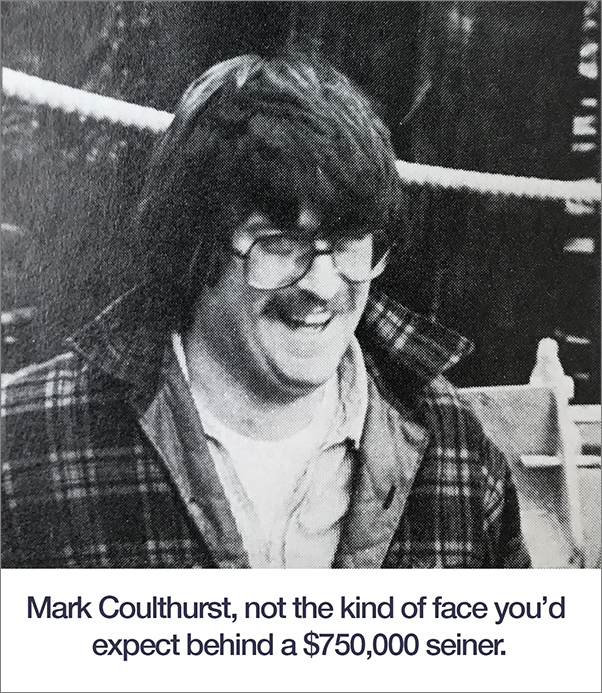 After shopping up and down the coast, Mark settled on the proven Delta ‘limit boat.’ “The more I saw of boats built in other areas, the more I realized that they just weren’t built for the conditions we encounter up north. Plus, a lot of the boats that might have the versatility you need aren’t built with the Alaska limit in mind.” Another big decision was to buy the boat ‘turn key.’ With an itinerary that aimed for as many pro­duction days as possible, the ‘saving’ of doing some of the work himself didn’t make much sense.

“Equipment that will produce,” is the way the Coulthurst’s loan officer put it and the 58-foot Delta ‘combination’ had the track record that Coulthurst was looking for; there were over 40 in the Pacific fleet.

“Before I went boat hunting, I’d thought about one,” Coulthurst admitted, “but just didn’t think it was feasible. I got back from shopping with two boxes full of boat plans and then went out and got the Delta.” 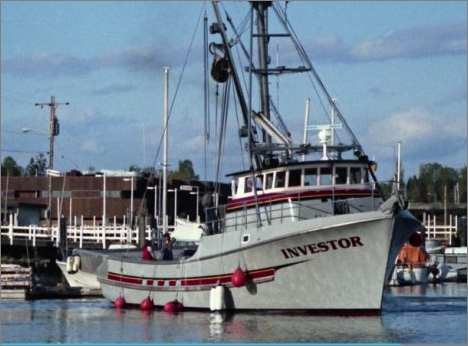 “The thing about this boat is that it’s set up to do the work of an older 70- or 80-footer and, tanked, it rides like a 100-footer,” noted Coulthurst. “Maintenance with the fiberglass hull is nil and fuel consumption good.” 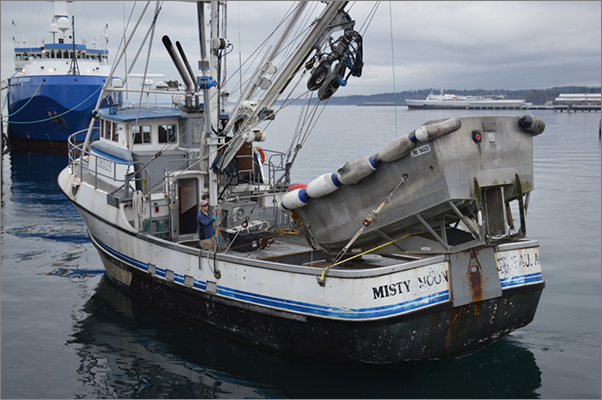 Within the 19-foot, 6-inch beam and the 10-foot depth of the Investor were 1,570 cu. ft. and 500 cu. ft. fish holds cooled by an Anderson 15-ton brine system that chilled both in six hours. Fuel tanks on either side of the main hold prevented ‘slosh-over’ in heavy seas, a factor that made the Investor especially stable.

Propulsion was from a CAT 3408. A John Deere 40 kw generator operated the brine system, hydraulics and provided electrical power. A 16 kw Isuzu auxiliary could be used when the cooling system was off. Cruising at nine knots (1,400 rpm) with only the ‘Suzi’ running, the boat burned just 11 gallons per hour.

This vessel was definitely major league. It was in a league so big that some fishermen were jealous.

Advertisement for new Delta Marine 58′. Delta stopped building fishing vessels in the early ’90s to concentrate on yachts, then returned to the fold in 2012 with a wider-beamed vessel. It had a limited, three-boat run. 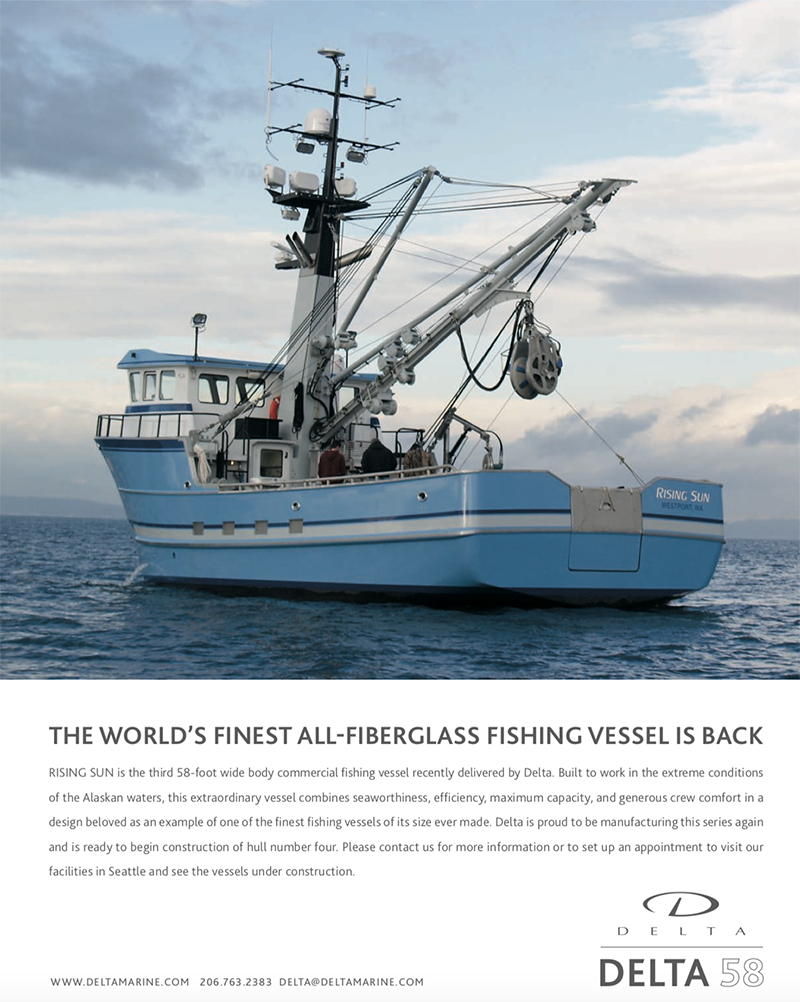 Order “What Happened In Craig,” HERE and HERE, true crime from Epicenter Press.