Travel is a central motif in my latest book, “Huck Finn is Dead,” albeit in the most exaggerated form: Carney James (the protagonist) is traveling, but he is not on vacation. He is not in charge of his own life or itinerary. Things go wrong. Sometimes you get the sense it is better to be lucky than smart.

As it turns out, these are also the realities of travel in its more mundane sense. Even on vacation. Perhaps, especially on vacation. You are not (completely) in charge. Things go wrong. Better to be lucky than smart.

On any travel adventure, of course, it’s the lucky parts that are to be treasured. The random moments that slowly reveal themselves as small gifts, if only you follow where they take you. On my recent trip to South America, a series of such “random moments” occurred in Montevideo, Uruguay.

I was headed to this beach: 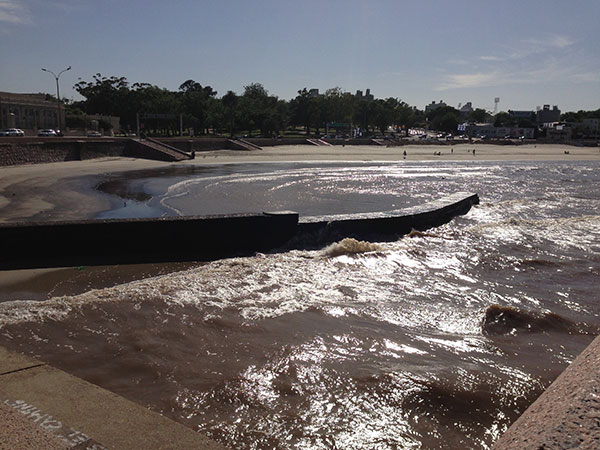 Before I reached the beach, I came across this person (pictured below). I asked him for a photo, because his is a pose typical of the region. A person drinking yerba maté, from a gourd-shaped object called a “maté.” Dragging along a thermos to refresh the tea as the day goes on. 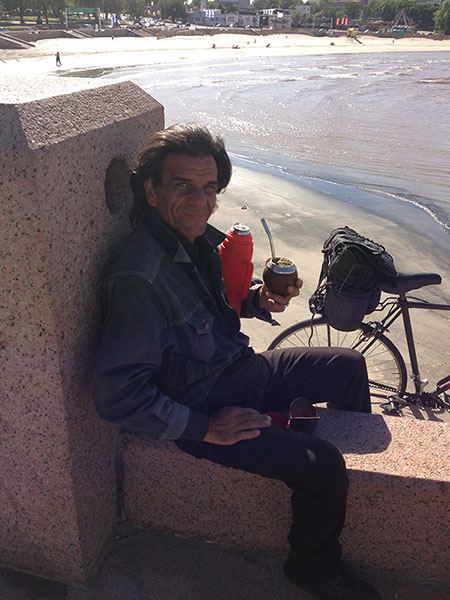 Later that same day, I saw him again, this time in a park several miles away, in what’s called “Ciudad Vieja” (old town). We acknowledged each other’s presence and then, noticing a bandstand being erected in the park, I asked whether there was to be music that evening.

I returned to the park that evening. This is what I encountered. Thank you, maté-drinking caballero. NOTE: The video is HD-quality. If you have the bandwidth, I recommend changing the settings to 720p (HD) and viewing full-screen. Apologies for the wobbly moments; I shot this with my phone.