February 23, 1984
February, 22, 1984 was a lesson in humility. Or… Make that humiliation. If anyone thought that Hansen was going to give a straightforward confession, they had been sadly disabused of that notion. They had come to that vexing axiom: If a subject is lying, but not lying all the time, everything he says is untrue, since there is no reliable way to tell when the person is lying and when he’s telling the truth. To challenge Hansen, they were going to have to find a way to attack the known, or strongly suspected, weaknesses in his story. That had to start, it seemed, with a full accounting of the number of victims. They had to get the truth. The whole truth and nothing but the truth.

“You told us a number of things yesterday,” Vic Krumm said, “that we know are not totally accurate, and we don’t believe you’ve been totally candid. So far, it’s my impression that you’ve given us only the evidence on the two victims that we know for a fact are alive and willing to come forward and testify, as well as the five victims that we found.” …

Hansen was beginning to twist nervously in his seat. So were his lawyers. What was the point of Krumm’s speech?

“Now where we sit is this,” Krumm told the gathering. “We are prepared, and will in fact, go into court as we indicated we would, on Monday, avoiding the publicity for you. But come springtime, we’re not going to let this sit. We’re going to go out there, and we’re going to be looking for sixteen more graves.” 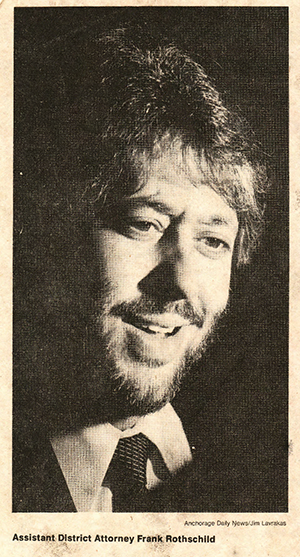 2/23/84: Sergeant FLOTHE, Sergeant HAUGSVEN, Lieutenant JENT, Trooper VonCLASEN, District Attorney FRANK ROTHSCHILD, District Attorney VIC KRUMM meet with ROBERT HANSEN and his defense attorneys JOE EVANS and FRED DEWEY at the district attorney’s office with regards to the continuation of the HANSEN interview. HANSEN again is appraised of his Miranda Rights and consents to the interview, thus signing the waiver form. HANSEN then subsequently relates the PAULA GOULDING murder and twelve others which he describes as to their location. Utilizing maps proveded by Sergeant FLOTHE, HANSEN then pointed out and marked the locations where the bodies had been either left or buried.

2 thoughts on “Arrest of Robert Hansen: Nothing But the Truth, Sort Of”