I’m not sure whether the filmmakers in “The Frozen Ground” meant to protect Robert Hansen’s wife or not. Whatever their motives, they renamed her, called her “Fran Hansen.” Her name is Darla. Darla Marie Henrichsen Hansen. That fact has been known since Butcher, Baker was first published in 1991. 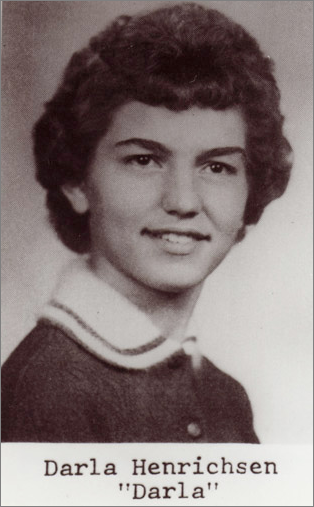 I met Darla Hansen in the immediate aftermath of her husband’s conviction for the murders of dozens of young women in Alaska. Those interactions, plus Sgt. Glenn Flothe’s insights into the woman, provide a glimpse into this complex person. What she knew, when she knew it, how she survived.

Darla told Flothe that she knew her husband was up to no good. She had, after all, already travelled that road. She thought, though, that it didn’t go beyond him seeing prostitutes in the wee hours before starting work at the bakery. And, really, who could imagine what Robert Hansen was actually up to? Even at his worst, he hadn’t been that evil.

Because Darla was deeply religious, she also thought she could help him. That getting Bob to attend church would guide him toward a path of righteousness. After each arrest, he deigned to go to church with her for a while. But Bob’s church was the Alaska wilderness; it was his refuge and his chief preoccupation, for both good and bad.

It was not too surprising then that, after many years, Bob and Darla ended up living separate lives. Darla had her own income source, from tutoring learning disabled children. She paid the house expenses, she took care of their two children. Summer vacations saw her and the kids going to Arkansas, where she had family. Bob stayed behind, ostensibly to mind the bakery. The money from the bakery, Darla told Sgt. Flothe, was Bob’s separate money. They did not mingle their funds.

By the time Darla decided to leave Anchorage in the aftermath of Bob’s crimes, that separation was complete, at least legally. She was divorced from Bob and the house was hers, free and clear. She told me her neighbors wanted her to stay in Anchorage, but she didn’t see how she could raise her kids there, not now, after all that had been revealed about their father. It was an eerie feeling as she guided me through the house, the stuffed animals that haunted Cindy Paulson still on the walls of the den.

The woman I met was a tall, big-boned woman who radiated a quiet, almost resigned, strength. Intelligent, too. In all her years of wandering the Midwest with Bob, before they moved to Alaska, she managed to get a Master’s degree in Education. But Bob was her blind spot.

When I attended one of Darla’s Bible study groups at a private home south of Anchorage, I was struck by the steadfastness of her religious community. These church friends let me know that “they knew,” and were standing by her. The topic that day was about “talking to God.” Bible verses were read to illustrate the practice. Each attendee testified to his or her own experiences. When it came Darla’s turn, she confessed to talking to God every day. That was not shocking.

But even these deeply religious people were slightly taken aback when Darla said, “Sometimes God talks to me.”

Darla missed it, but one of the attendees discretely rolled his eyes.

30 thoughts on “Darla Hansen: The Better Half of Robert Hansen”