When I read that David Grunwald was murdered on Knik River Rd, I instinctively harkened back to Robert Hansen. This was, after all, in or near one of Robert Hansen’s primary killing fields. Further research brought several important revelations.

First, Grunwald was killed on the south side of the river, about 7 miles due east of the Old Knik River bridge. So, not in Hansen’s Knik River killing field, but too damned close. Second, law enforcement painted the murder as one where a good kid got mixed up with some bad kids. And this is where the story became profoundly disorienting: 4 white teens, who identified with the Crips gang, of all things, had killed Grunwald execution-style and then torched his car. Let that sink in.
White kids. Crips. Alaska. Alaska? 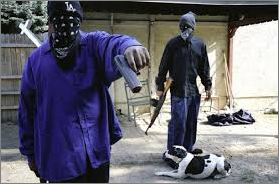 David Grunwald, 16, went missing on November 13, 2016. He dropped off his girlfriend near the Butte, Alaska, in the Mat-Su Valley, early that evening. His parents started to worry about him when he didn’t return home by about 9:30 p.m. Relatives, friends and helpful strangers mounted a concerted search, with few initial leads, for a home-schooled teen described as punctual and responsible. 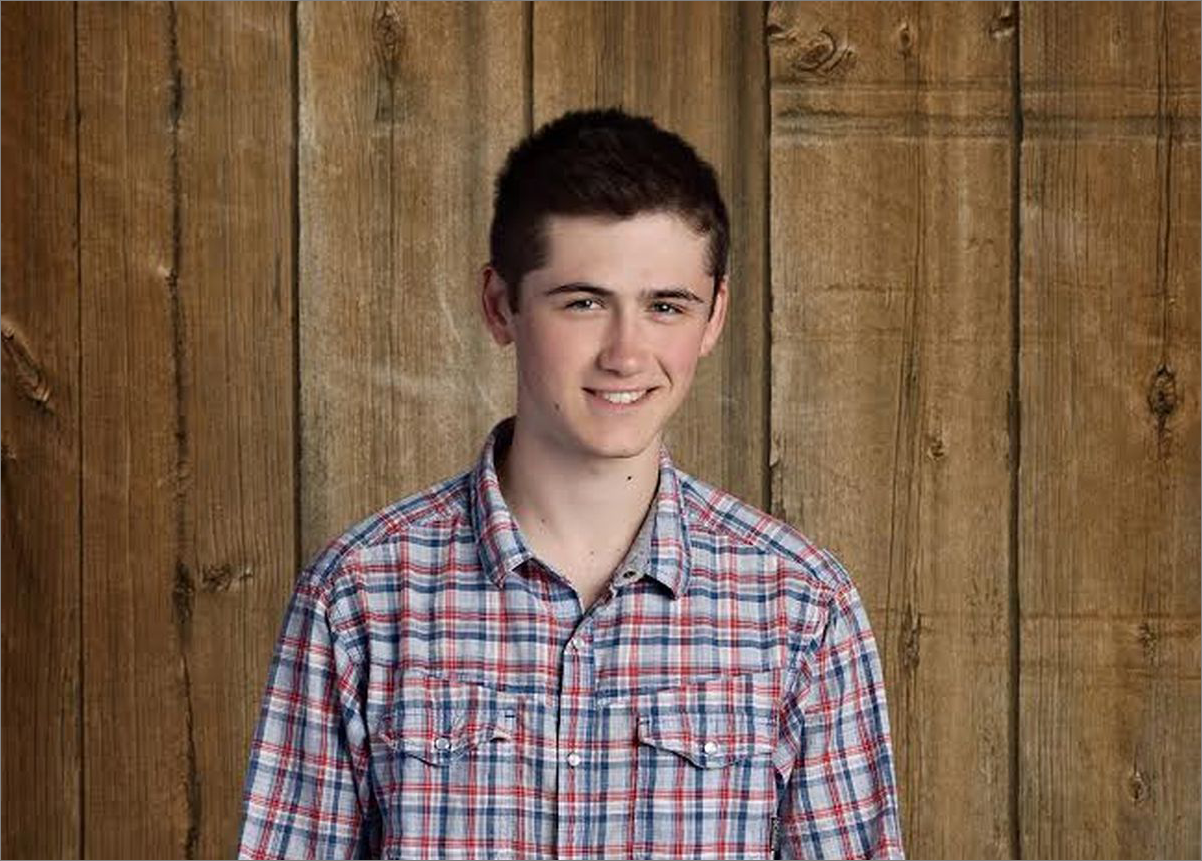 Troopers found Grunwald’s 1995 Ford Bronco around noon the next day, burned to the metal and up a dirt track at the base of the Talkeetna Mountains north of Wasilla. 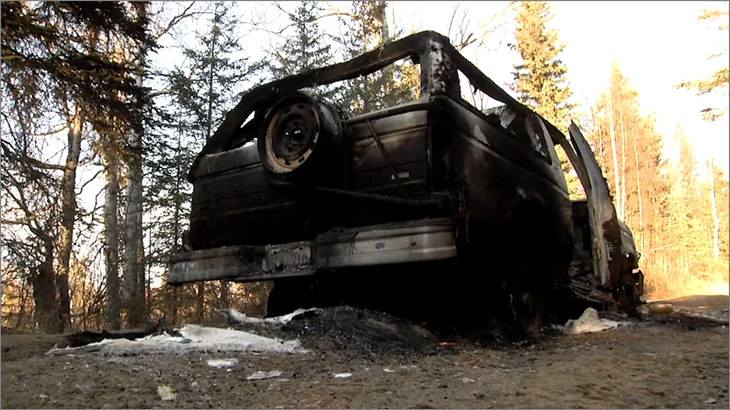 That was about 21 miles from the house on Smith Road where David dropped off his girlfriend, according to a route search by his father, Ben. Also, at least one cellphone “ping” from David’s phone was tracked to a tower near Palmer in the hours after he went missing.

In early December of 2016, four teens were arrested and charged as adults in David’s murder, after one of them directed troopers to his body, near Knik River Rd, south of the Butte, Alaska. According to trooper interviews, 16-year-old suspect Erick Almandinger said Grunwald came to his house on Esty Drive in Palmer on Nov. 13 “to drink and smoke [pot]” in a camper trailer in the yard.

At one point, Almandinger told troopers he left the trailer and went into the house. He said a friend, identified only as “D.J.” in the charging document, messaged him and asked him to bring a gun back to the trailer.

“Almandinger said he brought a .40 caliber semi-automatic handgun to the trailer and handed it to D.J., at which time D.J. bludgeoned D.G. with the pistol,” Trooper Sgt. Wegrzyn wrote in the affidavit.

Almandinger alleged that the other teen loaded Grunwald into the Bronco and they drove to the Butte, according to the affidavit. On the way, Grunwald was going in and out of consciousness and unable to defend himself, the affidavit said; during moments of semi-lucidity, he asked to be taken to his girlfriend’s house in the Butte, but his kidnappers bypassed her road and kept going.

Ten minutes later they pulled over on Knik River Rd and walked into the woods with Grunwald. 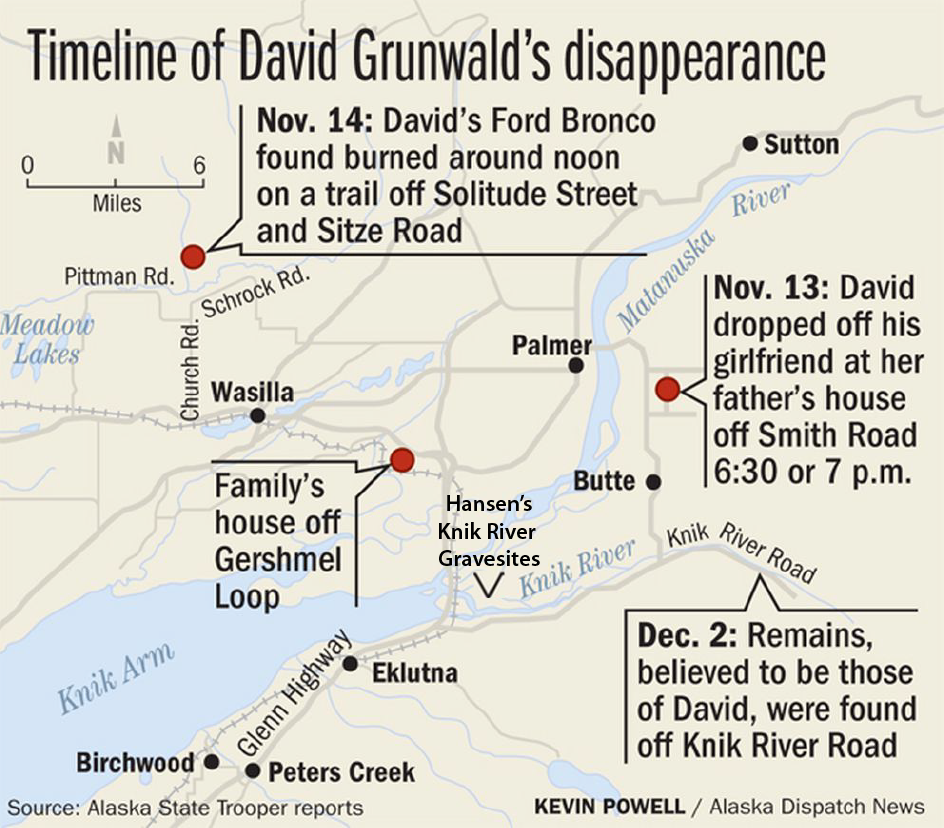 “Almandinger admitted he went with D.J. as they escorted D.G. into the woods and acknowledged that D.G. was pleading for his life as they walked,” the investigator wrote.

Almandinger said D.J. killed Grunwald, according to the affidavit. He later changed his story and identified the shooter as another 16-year-old, identified in charging documents only as “A.B.”

Almandinger said he decided to destroy the evidence, and told troopers that the pair got some gasoline and drove the Bronco up a 4-wheeler trail off Sitze Road, and burned it.

They later tried to destroy the bloody evidence in the camper by burning a carpet and applying bleach to its bloodied interior. Almandinger said he then stayed in a friend’s shed for several days.

Wegrzyn wrote that it was when he contacted D.J. on Friday, December 2, 2016, that he was led to where Grunwald was killed — but only after the teen consulted with an attorney. Another investigator found a single 9mm shell casing at the murder scene.

Almandinger showed little remorse during the interrogation, Wegrzyn said. The only motive cited by Almandinger was that Grunwald “had smoked all his weed,” the sergeant wrote. “He said they didn’t get any money.”