We have been called “sinister.” We have been called gauche. Conservatives can hardly say our names without an undertone of derision and disgust. Yes, we are the “lefties,” the “southpaws,” the “goofy” ones coming at you from out in left-field. We are the communists who smoke left-handed cigarettes. Sure, it’s a clever language construction to say, “lefty loosey, righty tightie.” Please, tell us how you really feel!

In Chinese culture, the adjective “left” sometimes means “improper” or “out of accord”. For instance, the phrase “left path” stands for unorthodox or immoral means.
In Portuguese, “direito” (right) stands for the doing something correctly as well as for Law School. The expression “acordar com o pé direito” (waking up on your right foot) means that the person woke up in a good mood, while “acordar com o pé esquerdo” (waking up on your left foot) means waking up in a bad mood.
In Hebrew, as well as in other ancient Semitic and Mesopotamian languages, the term “left” was a symbol of power or custody. The left hand symbolized the power to shame society, and was used as a metaphor for misfortune, natural evil, or punishment from the gods. This metaphor survived ancient culture and was integrated into mainstream Christianity by early Catholic theologians.
When it is said that a person has slept on his left side in the Akan language of Ghana, it means the person is dead… The use of the left hand is however encouraged in handling unsanitary items such as a chamber pot and excreta.

Yep. Please use your left hand to wipe your ass. If you mess up, some societies will punish you by cutting off your right hand. See what people think of you then, buster. All you’ve got now is your ass-wipe hand. 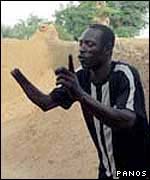 Even simple, everyday things seem designed to vex us. Take scissors. Please, take them. And while you’re at it, take the rifles, the cameras, the can openers, the watches, the measuring cups, the fishing reels… And most power tools (is that how I lost my right hand?). Well, the list is really too long to contemplate.
The worst humiliation, though, is when right-handed scientists try to explain left-handed people. And we know it’s them. We just know it. Bad enough that right-handers forced many a lefty into right-handedness. Like they did with serial killer Robert Hansen [1]. But some of the explanations are… What? From out in left-field?
Like the one that suggests lefties were originally part of an identical twin pair (“All of me?“). Or that there is a gene for left-handedness that is also associated with schizophrenia. Never mind that schizophrenia is a complex and heterogenous disorder. Never mind that a recent study shows no support for the notion that non-righthanded-people are more likely to develop the disorder. Some things just go together.

But the riddle of what underlies handedness remains. Its proportions — roughly 90 percent of people are right-handed and 10 percent left-handed — stay consistent over time.
“This is really still mysterious,” said Clyde Francks, a geneticist and the lead author of a 2007 study in which Oxford University researchers identified a genetic variant linked to left-handedness.
Hand dominance (whether left or right) is related to brain asymmetry. And that, Dr. Francks said, “is not at all understood; we’re really at the very beginning of understanding what makes the brain asymmetrical.”

So there you have it. You don’t understand us. But, believe me. We understand you. We are the 10%. Uh… do we have a press agent yet?
[1] Hey, it’s not all bad. We’ve got a few important baseball players. Several U.S. Presidents. Bill Gates. Leonardo da Vinci. Marie Curie. Jimi Hendrix. And, of course, Ned Flanders.