On August 28, 1972, the body of 20-year-old Zingre “ZeZe” Mason was found in a remote gravel pit near Sand Lake, south of Anchorage. She had been stabbed multiple times. Her body was completely desanguinated; a large pool of blood was found near her body, indicating she’d been killed at that spot before her body was moved to its final resting place, deeper in the gravel.

As troopers investigated further, they learned that ZeZe lived in the area, worked for an airline, and was seen hitchhiking in the vicinity. In fact, a truck driver delivering a load of gravel had seen two men in a yellow 4-wheel drive truck pick up a young woman matching her description. When the driver returned for another load a half hour later, he saw the same young woman, in the same truck, farther into the gravel pit, accompanied by only one male.

Already, there were gruesome parallels to the murder of Beth van Zanten.

Shortly thereafter, troopers got a phone call from a woman who identified herself as the girlfriend of a man who was in the yellow 4-wheel drive truck on the day ZeZe Mason was last seen alive. She wanted to make sure troopers were looking for the right person. That person was not her boyfriend, she insisted. It was someone else. 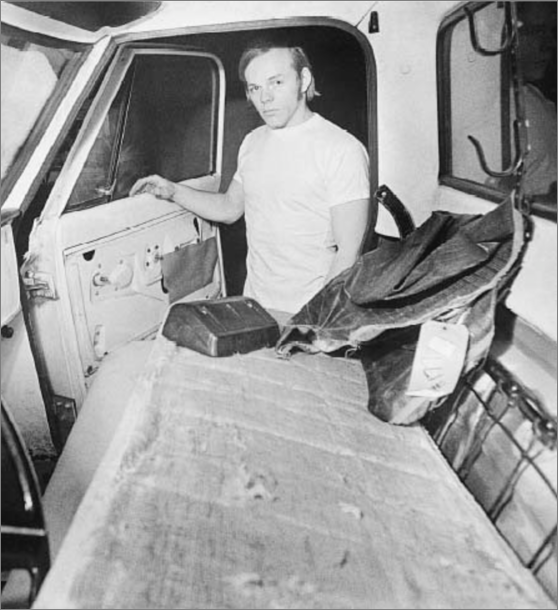 Troopers had come across Gary Zieger before. He was implicated in the murder of a young Alaska Native male, and identified as the shooter, but never prosecuted because his accomplice was too afraid to testify against him.

When troopers moved in to arrest Zeiger, several pieces of circumstantial evidence proved critical. The gravel truck driver identified both Zieger’s truck and, in a line-up, Zieger himself. The tires on Zieger’s truck, one of which had been mounted in an inverted fashion, matched tracks found at the scene. His friend’s reluctant statement placed Zieger at the gravel pit with a young, female hitchhiker. Three small blood spots found on the dash of the truck were tested; Zieger claimed he’d been hunting rabbits, but the test came back positive, indicating human blood. Troopers later found the site near a creek where Zieger washed his truck.

At Gary Zieger’s murder trial, everything that could go wrong went wrong. The FBI agent who tested the distinctive tire tracks mixed up the position of the tire on the vehicle and confused the jury in the process. A hematology expert brought in to discuss the precipitant test used to identify the blood on Zieger’s dashboard was caught by a trick question.

“Is there any blood besides human blood that can bring a positive reaction to the precipitant test?” he was asked.

What the defense line of questioning cleverly left out was that only one other living organism produces a positive on the precipitant test. An orangutan.

Gary Zieger was acquitted. Emboldened, he would go on to commit several additional murders, including the execution of Johnny Rich in a plot to take over his Spenard massage parlor. He was also implicated in the murders of the wife and stepson of a prominent Anchorage nightclub owner. Those were two killings too many.
While troopers made preparations to arrest Gary Zieger for his latest round of murder and mayhem, somebody else got to him first. They found him at mile 110 of the Seward Highway, just up the road from where Beth van Zanten had met her fate. He was sprawled in the middle of the pavement with a fatal shotgun blast to his gut, in what was strongly believed to be a contract killing.

Dead or alive, Sgt. Walter Gilmour continued to think Zieger a strong candidate for Beth van Zanten’s murder. There were even witnesses who suggested he looked a lot like the composite picture of a man reportedly seen with Beth on the night of her disappearance.

That conviction on Gilmour’s part was not without its irony. In their follow-up after Zieger’s death, troopers found an informant who said Beth’s cousin had lived with Zieger in the month’s after her death when, presumably, he was no longer welcome in the van Zanten household. Gilmour was never sure what to make of that coincidence.

If, indeed, it was a coincidence. Those were strange days in Anchorage. And Robert Hansen wasn’t the only killer at work.