After talking briefly about Robert Hansen’s two dogs, whose meanderings gave Cindy the vague sense there were other people in the house, Sgt. Flothe led the topic back to Hansen’s plan to extend Cindy’s captivity. After sleeping for five hours, Bob woke up to tell her he was going to fly her to a cabin on a lake. Ever fearful of the man, his newest revelation took Cindy to a new level of despair — and strengthened her resolve to escape, some way, any way.

FLOTHE: So he wakes up, and he tells you about the girls and tells you he wants to take you to the cabin. Did he tell where the cabin was at?
CINDY: Yep, but I can’t remember. A lake.
FLOTHE: On a lake?
CINDY: Yup. He said it was a friend of his cabin. That he wanted to take me there ‘cause it’s pretty. I don’t remember whether he called [his friend] Richard… Or Dick. But how his friend used to always bring his wife out there and make… and, you know, have sex with her and everything. And he never did that so he wanted to take me out there to have sex with me. 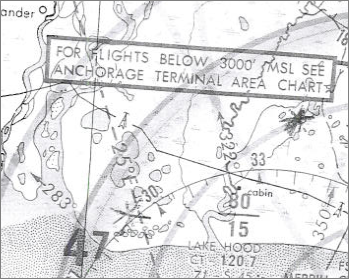 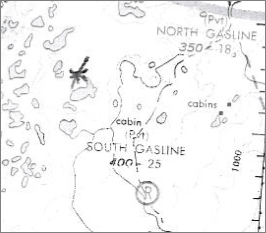 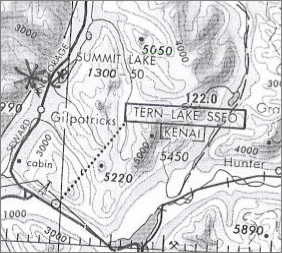 The “tick marks” on Hansen’s original flight maps (above) reveal multiple sites — north and south of Anchorage — where lakes and cabins coexist in close proximity (as well as where bodies were found). Robert Hansen didn’t need a “friend’s cabin.” There were plenty to choose from; indeed, after his arrest, police were able to link Hansen to multiple cabin burglaries.

FLOTHE: Did he act like he was jealous?
CINDY: Kind of. He was just acting like he wanted an alibi.
FLOTHE: An alibi?
CINDY: ‘Cause I was really nervous. I thought he was going to shoot me downstairs.
FLOTHE: What do you mean he acted like he wanted an alibi?
CINDY: You know, like, to tell me something so I wouldn’t be so scared.
FLOTHE: Oh. Like that it really wasn’t true. What did you think he really was gonna do?
CINDY: Shoot me. Probably push me out of the plane.
FLOTHE: Oh, OK (softly, sounding slightly skeptical).
CINDY: (inaudible) I could feel it. (inaudible)
FLOTHE: Um hmm. You were scared.
CINDY: Oh hell yeah. I was petrified.
FLOTHE: But also it sounds like you were trying to be cooperative to the point that it wouldn’t make him too mad.
CINDY: (crosstalk) ‘Cause at the time, when I was downstairs for five hours, the only thing I could think about was how I could get away. ‘Cause it wasn’t my time to die.