Over the course of her ordeal, Cindy gradually developed a deeper insight into Robert Hansen’s personal life. First came the realization that maybe Hansen didn’t live alone. She spotted women’s clothes in the laundry area. And then she saw toys, too, in the den. She thought him old enough to be a grandfather — though in fact those toys belonged to Hansen’s children, as well as his wife, who kept them for the learning disabled children she tutored.

Their house, in fact, shared a back boundary with the local school, Creekside Elementary. Kids tromped through the woods on their way for tutoring sessions, which provided Darla with financial independence — and Bob with the ‘good family man’ cover he so desperately needed.

Rear View of the Hansen House. Note the footpath at center-right (copyright, Leland E. Hale; the elementary school is at the photographer’s back)

FLOTHE: At any time did you have any feeling that there was other people that lived in that house? Or he lived there by himself… Or?
CINDY: I don’t know. You know, I did a couple of times… And then I thought well maybe it could just be the dogs. Because the clothes that were hanging up, you know some of them were women’s clothes.
FLOTHE: And that’s in this closet over here?
CINDY: It’s not a closet. They’re just hanging there, like on the laundry rack.
FLOTHE: Some were women’s clothes?
CINDY: Purple shirts. And then there were some toys, like grand kids, like you know, he had grand kids or something. That’s where I got the idea, you know, that he was like somebody’s grandfather or something. 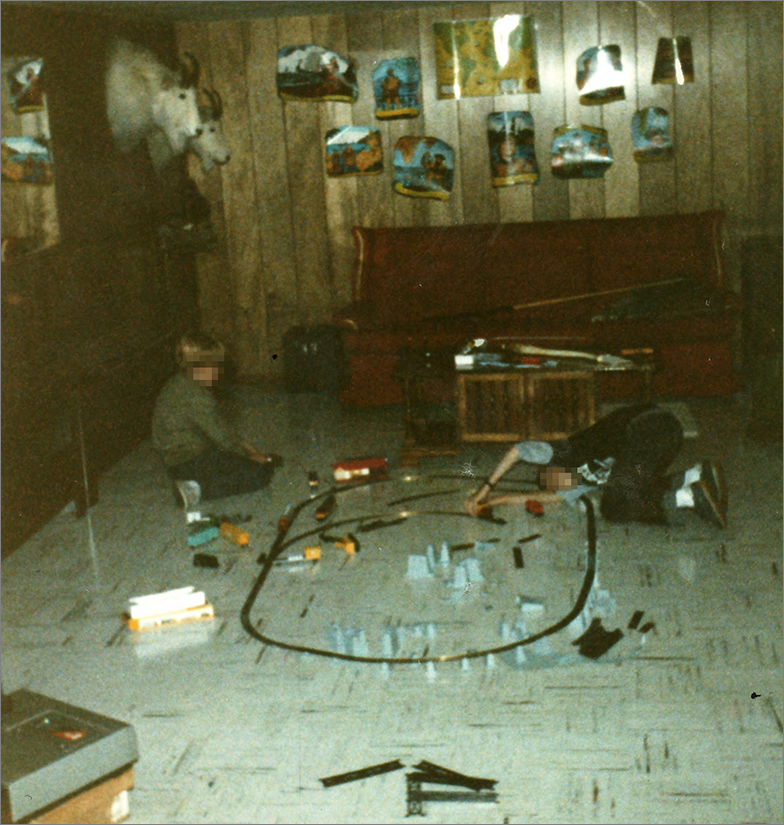 FLOTHE: Is there else anything in this room, before we leave it, that sticks in your mind as something unusual or distinctive, like this hole in this post or…
CINDY: That and then all the animals.
FLOTHE: Is there anything in particular that you can really describe well in detail?
CINDY: (coughs) I can describe everything in detail to you. The clock on the wall.
FLOTHE: What did it look like?
CINDY: A regular old clock. It was brown on the outside, it was round. The numbers were bronze color. It was like a kitchen clock. Every time I looked at it…
FLOTHE: Did it have like a pendulum on it? Or was it, you know, like a school clock, alarm clock?
CINDY: No. Like a kitchen clock.
FLOTHE: And you watched that clock.
CINDY: Yep. For five fuckin’ hours…
FLOTHE: Remember anything else in the car?
CINDY: Yep. Country & Western tapes.
FLOTHE: Country & Western tapes?
CINDY: Yep. 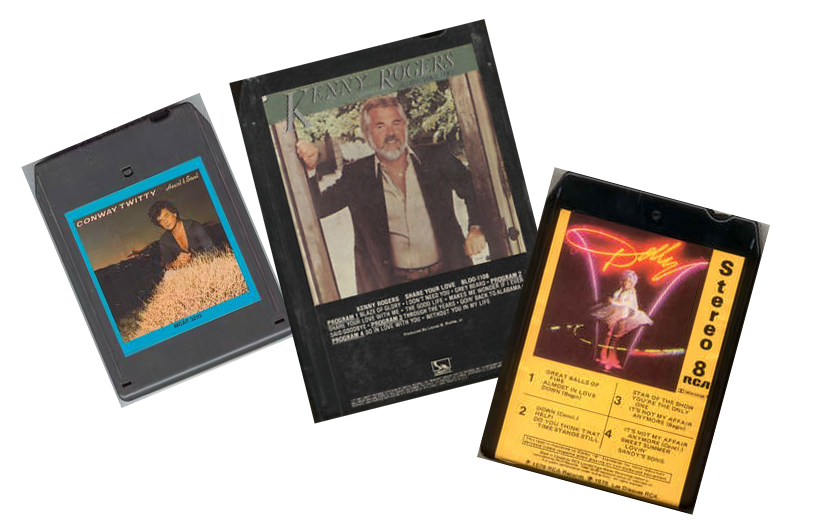 FLOTHE: Did he have a tape player?
CINDY: It was an eight-track…
FLOTHE: When did you remember seeing the tapes?
CINDY: When I first got in the car.
FLOTHE: Do you remember any types of tapes? You say Country & Western.
CINDY: Um there was Kenny Rogers. I think it was a Conway Twitty or Dolly Parton tape.
FLOTHE: Were the tapes in anything or laying loose?
CINDY: They were laying loose, stacked up.

Try to imagine Robert Hansen, driving around Anchorage in his green Buick, with Kenny Rogers’ “The Gambler” on a clunky old 8-track in the car stereo. Or maybe it was, “Coward of the County.” Yeah, perfect.