Robert Hansen’s effect on Cindy Paulson was palpable. The fear that she had been close to death — and somehow skated away — rarely left her. Her ordeal was at an end, but not really over. In the succeeding months, her life went on spin-cycle. Her pimp soon had her working an after hours club where the men took their pick of the women and had sex with them on the spot. If they resisted, he beat them. Worse, Sgt. Flothe also learned the pimp had received a half-pound shipment of cocaine. Flothe did not need his best witness caught up in a coke bust.

By February of 1984, Cindy had disappeared. Sgt. Flothe feared she’d left the state, the pressure too great for her to bear. When he found her, she was at a run-down topless club in Anchorage, working for another pimp — and strung out on cocaine. Weeks later, she disappeared again. Flothe took to the streets and still could not find her.

“Early Saturday morning [Cindy Paulson] called Flothe at his office. It seemed urgent. She was speaking in a whisper. ‘I can’t talk too loud,’ she said. ‘I just got out of bed and I’m in the bathroom. I went to the bathroom so I could talk on the phone. I need you to come pick me up.’”

Sgt. Flothe snatched Cindy from her pimp and, with her permission, took her to a safe house. It was there that Cindy cleaned up her act and got ready for her inevitable courtroom appearance. The irony? The folks who ran the safe-house attended the same church as Darla Hansen, Bob Hansen’s wife.

FLOTHE: So when you got with Mr. Franklin… You went back to the Big Timber?
CINDY: Uh huh.
FLOTHE: And then what did you do? Go up to your room?
CINDY: Uh huh. And he tried to help me get the handcuffs off. And he got really mad. And I was crying and he told me, ‘Stop it, please. Just stop it, baby.’ ‘OK.’ And I kept crying and he grabbed me. And he called his brother, said ‘I gotta go.’ Came back with a gun and said I’m gonna go kill this motherfucker.’ That’s exactly what he said. And he left out of the room. And the next thing I knew the police were knocking at the door.
FLOTHE: Were the policemen there… Was Franklin there when the police came?
CINDY: Uh unh. He just left.
FLOTHE: Did he come back when the police were there?
CINDY: No, he just left. And then he came back and then the police came to the door and told him, ‘No, she’s at the police station. You wanna come down there?’ And he came down there…
FLOTHE: Oh, he came down there…
CINDY: … to make sure I was all right.
FLOTHE: Do you know if Mr. Franklin ever had any contact with Hansen at all?
CINDY: I don’t know.
FLOTHE: You don’t know?
CINDY: Uh unh. Did his plane get blew up?
FLOTHE: No, no.
CINDY: No. I don’t really know.
FLOTHE: OK. So then the police took you where?
CINDY: To the hospital and then to the police station.
FLOTHE: OK, and at the hospital they examined you?
CINDY: Took pictures of me. Took blood. Made sure I was OK.
FLOTHE: OK. Do we have your permission to use anything that was seized from you, like your clothing, for evidence?
CINDY: Yeah. 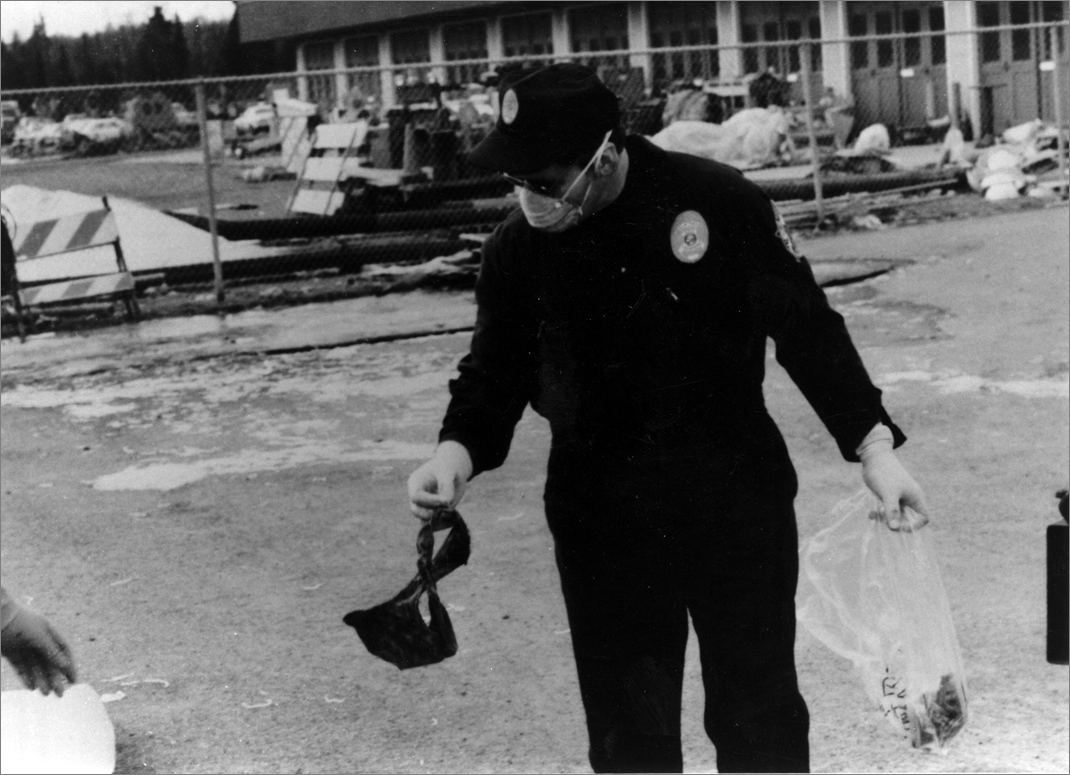 FLOTHE: And the examination they did on you…
CINDY: Yeah.
FLOTHE: Can we use that stuff…
CINDY: Yeah.
FLOTHE: For evidence?
CINDY: Yes you can.
FLOTHE: OK. Is there anything else that this man told you, that you can remember, that you can tell me. Any comments that he made? Off the cuff type things or…
CINDY: Just how he said, you know, there was seven other girls. You know, it really trips me out. What happened to them seven other girls?
FLOTHE: Do you think you know now?
CINDY: (softly) Yeah. I think I knew it then. They’re still in the lake. You know… Can you ever… I don’t know if you’ve ever been in a predicament where you can lay there [and think] I’ve got this many hours to live, you know. I’m not going to see the people I love no more.
FLOTHE: You thought you’d never see anybody again.
CINDY: No. Not going to see anyone ever again. (inaudible)
(pause)
FLOTHE: Well, thank you for your time.
CINDY: You were awesome.
FLOTHE: I appreciate that. And we’ll conclude the interview at 9:31 pm.