Christy Hayes’ survival instinct told her she should run, naked or not, no matter what. That decision was pushed along by Hansen’s idiotic idea to point his pistol at her. She already had enough information to know he meant to harm her, what with his “invitation” to take her on his airplane. Once Hansen broke the side window, Christy skedaddled, leaving everything but her life-force — and her memories of Robert Hansen — behind. Those were the things she would soon share with Sgt. Glenn Flothe.

(2) Hayes also told (Glenn Flothe) that she had left her clothes, to include a blue bag containing her dancing outfits, in the camper when she escaped. She stated one of her outfits was blue with little diamond-like decorations, and the other had handprints sewn on the pants and bra. Hayes said that she thought Hansen was an outdoors type, because he was dressed in a plaid hunting type jacket and shirt, and because she saw furs and rifles in the camper.
Affiant showed Hayes a photographic lineup consisting of 6 photographs of unidentified caucasian males, and Hayes immediately identified Robert Hansen, numbered 5, as the man who abducted her.
Source: Affidavit for Search Warrant of Robert Hansen’s Property, Sgt. Glenn Flothe, Alaska State Troopers 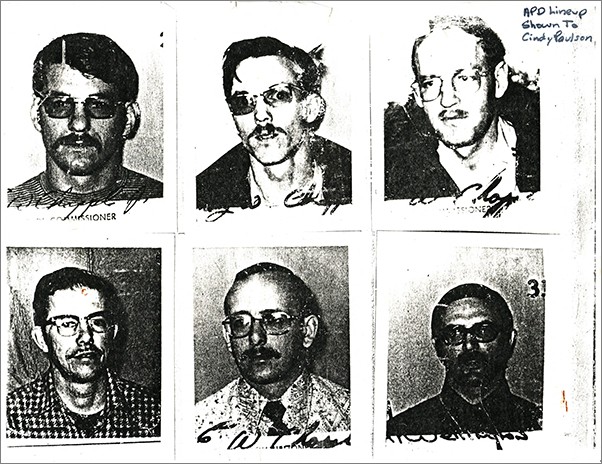 [Transcript lightly edited for clarity]
LH: Bob, uh, what did you do with her costumes? The black girl’s costumes?
RH: I, I thought they were right there. I know I threw them out. Uh, I thought they were, they was around out there, ’cause see, ’cause, uh, when she was, when she was up in the cab of the truck…
LH: Um’hmm. […]
RH: …She wanted her clothes. I said, “Well the, the clothes are in the back of the truck, I can’t get ’em for you.”
She just kept on screaming, you know, she rolled the window down this far. “I want my clothes.”
I said, “Well, okay, there is the key there on the dash. Give it, hand me the key.”
“You got the keys in your hand.”
I, uh, did, I had a whole ring of keys in my hand. I said, “This is not the keys for the God damned back of the [camper], you got the God damned keys. Uh, slide me out the key, I’ll go around and open up the back and get your clothes and take them up and stuff ’em through the window to you. You can pull them on and leave, you know.”
Uh, cause (inaudible) I just wanted to get the shit out of there, you know, and, uh, I couldn’t get to ’em. Uh, I couldn’t get too close. I’m trying to satisfy her, to get her clothes and go, but they was in the back of the pick-up, back in the camper.
And, uh, I did have, again I had it in my waistband, I did have a pistol, you know. Uh, [I] tried to threaten her, I said “Hey, you open up the window and calm down or I’m going to shoot you right here by, right through the damn, uh, window,” you know. Uh, that didn’t work either, you know.
And I said, “Well now, wait a minute, now.”
“No, you’re going to shoot me anyway.”
“No, I’m not going to shoot, you know.” I said, “Just put”, we were just going to forget about the whole works. Uh, I said “Here, now look, I’ll prove to you I’m not going to shoot you. I’m going to take — watch.”
I walked across the street with that pistol. I said, “Here, now watch it here.” I dropped it beside the road, walked back to the pickup. And, uh, and there was something else said, I don’t know, back and forth. I said, she started yelling about, uh, now, now get me my, my clothes again, you know, and, I, I showed her right where the God damned key is, on, laying, it was laying, right in fucking plain sight.

After I broke the side window she jumped out the other side door and ran away, you know. And I said, “Oh fuck that,” you know, so, uh, I remember, uh, had the key in my hand, and outside, I went around and unhooked the back of the, the back of the pickup, reached in and grabbed all her shit because I knew she jumped out of the God damned, uh, pickup without any clothes on.
Uh, I grabbed all her clothes and I thought I just took and threw it up beside the pickup, or off the side of the road and I walked across there, picked up my pistol and went back in the car, or in the truck, and drove off. I’m damn sure I, I left them right there. 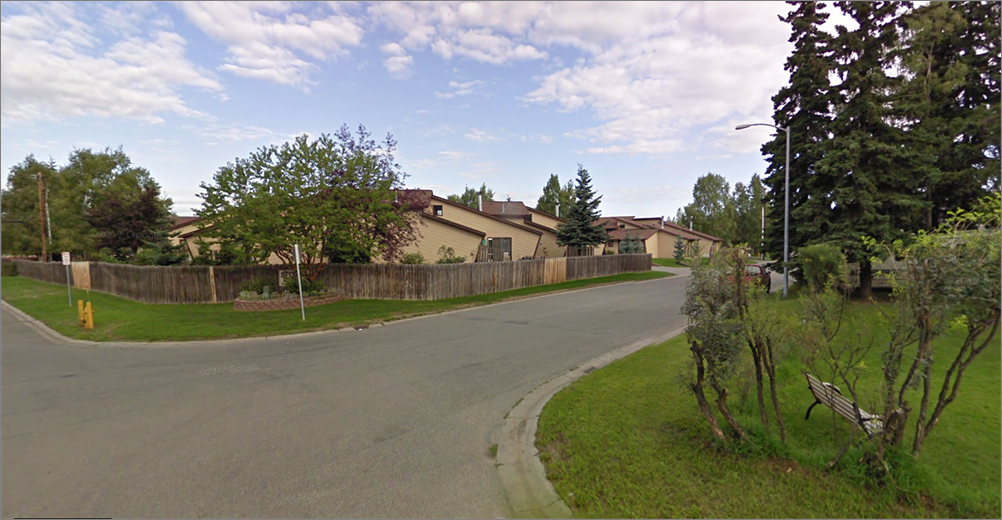 Chena & Burwell Streets, Anchorage, near scene of assault (Google Maps)
You know, right from, the pickup was parked beside the, uh, the, the road there and I went around from behind it there and, uh, I’m damned sure they went, they went through (inaudible) right there. I was kind of excited, you know, things were, I remember, I didn’t get her shoes…
I hadn’t picked up her shoes and, uh, uh, I drove, uh, uh, I drove back out to the highway and, uh, drove out to Muldoon (on the Glenn Hwy) and drove in, out there that first street again going up, uh, to the right and into that there trailer park there and, uh… 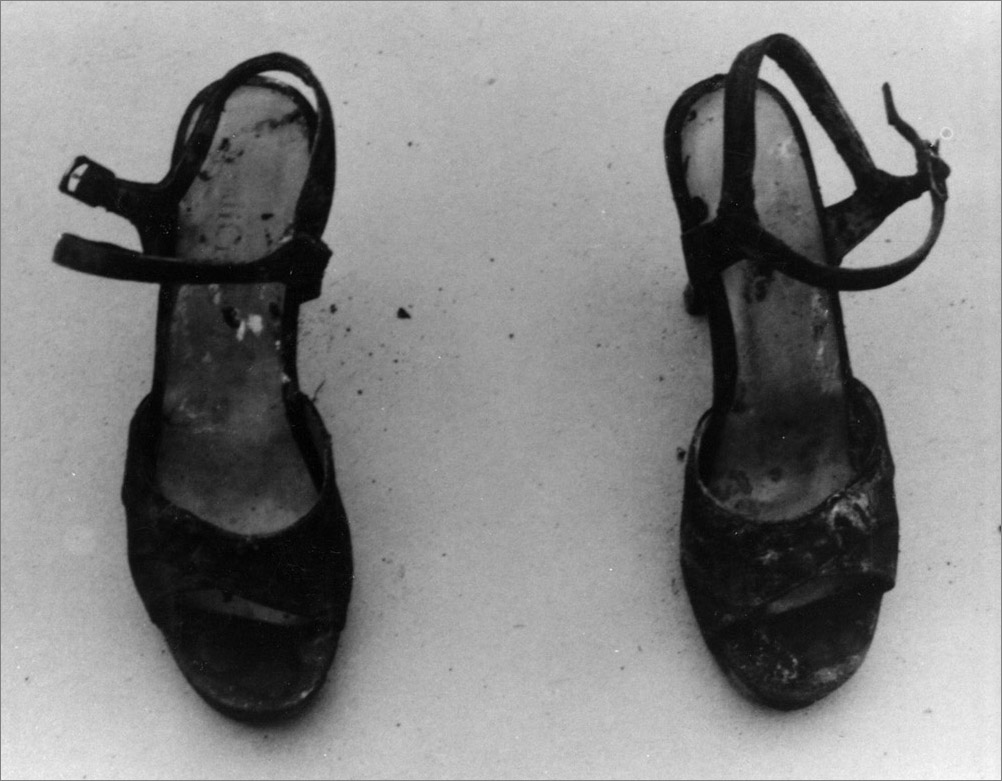