Robert Hansen had little to no experience with women who wear wigs. When he grabbed a woman’s hair, he assumed it was natural — connected to the roots — and expected it to radiate pain when it was pulled. Oops. Some women wear a wig. And when you pull on a wig, unexpected things can happen.

[Transcript lightly edited for clarity]
FR: Now in her case, you had her take her clothes off before you bound her up, because she was naked.
RH: Right. She, uh, I remember always, uh, as a matter of fact, I think she was wearing a wig. Maybe not, well, maybe that wasn’t her. I know one black gal one time but nothing ever happened. Anyway, uh, the one gal that I… that I… that I tried to tell you before, out in Muldoon, uh… I always would get the car stopped and sit on the side over there, (sigh) get my hand on her so that, you know, so that I had some leverage and, of course, the hair is natural. Uh, it was more-or-less, uh, ref… reflex action — one hand goes to hair and one hand down underneath the seat and get the firearm, both of them together.
Uh, and it was the same thing in the back of the pickup here, uh, I…I’m not sure if this was the right one, but it seems like this one here, uh, she had a wig on and when I pulled that, the damn thing came off, her, her hair was very, very short — extremely short.

She had a wig on and when I pulled that, the damn thing came off…

[If] that was the same one, I don’t know. Uh, it looked different. I think I, I think I drop … dropped that and grabbed her, her around her neck or something like that and then, then give her the speech about, hey, do exactly what you’re told and, uh, you’re not going to get hurt in any way, shape or form. […]
FR: With, uh, Cindy Hayes, the black gal we were talking about before. You went in the back of the camper and, uh, did the basic routine with the gun and the wig came off. I think that probably was her, because she does wear a wig. She keeps her hair real short. 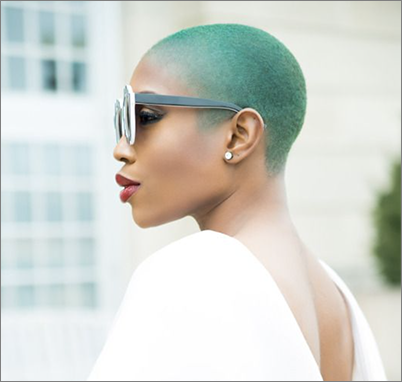