When Cindy Paulson escaped the clutches of Robert Hansen on Sunday, June 13, 1983, it initially seemed like an isolated incident in a series of missing dancer investigations that were going nowhere. By the time Cindy was kidnapped, police already had the names of fifteen men with whom prostitutes and dancers reported having strange encounters.

And, realistically, the Paulson kidnapping and rape, serious as it was, had not edged into murder. In those days, Alaska had lots of murders to deal with, including the Sherry Morrow homicide. As always, homicides sucked up lots of resources.

So when the Sherry Morrow case was assigned to Trooper Sgt. Lyle Haugsven that June in 1983, it came as a package — he was also assigned the Cindy Paulson case. It was a twofer. It was a shit sandwich.

“This was no stroke of luck for [Haugsven]. His fellow troopers regarded the Morrow case as a hopeless one and the Paulson case would prove no less difficult to put together. Despite these odds, Haugsven was determined to see them through…
“[But] because the Morrow case entailed a lot of work, the Cindy Paulson case seemed like a nuisance. It was true that there was talk of Hansen as a possible suspect in the Morrow homicide — because of his actions in the Paulson case — but he was merely one of many suspects in a case that was going nowhere. Nevertheless, Haugsven decided to take a closer look at Hansen, on the off chance there was a link to the Morrow investigation.”

It’s the reality of police work that investigators are rarely assigned a single case. The ’80s were a busy time for homicides in Alaska. That Haugsven had two cases added to his workload was not unusual. Even if — especially if — these cases were going nowhere fast. One of Haugsven’s genius moves was to have Hansen’s flights tracked, on the notion that an airplane provided the best access to the remote Knik River location where Morrow’s body was found.

But when another body was found on the Knik River on September 2, 1983. Sgt. Haugsven happened to be on leave for two weeks. Troopers scrambled to fill the gap. 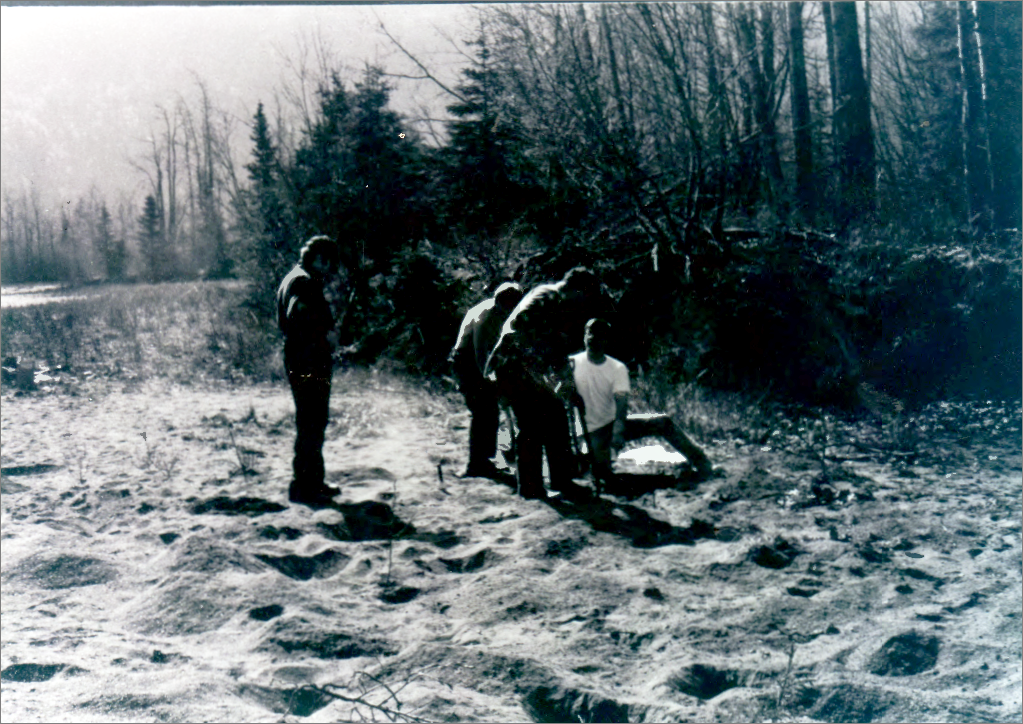 First up was Sgt. Edward Stauber, who’d been promoted to sergeant only a year earlier, [1]. Stauber’s biggest challenge was just getting to the scene. It was increasingly evident that their killer was using the Alaska bush as his ultimate weapon. Significantly, Stauber was a temporary fill-in until Haugsven returned from leave — and was himself scheduled to take leave for a major charity run. It was not the best staff scheduling; the revolving door was now fully operational.

[1] After retiring in 1997, Sgt. Stauber suffered a tragic accident. On Saturday, December 8, 2001, he was on his way back to Anchorage from his daughter’s wedding in Talkeetna; his 25 year-old son was in the passenger seat, while his wife Nancy followed in the car behind them.

At about 7 p.m., near Mile 74 Parks Hwy. in Willow, Stauber apparently hit an icy patch and swerved sideways, crossing into the northbound lane. The Hogan family of Palmer was in the other vehicle, a 1996 Ford Pickup traveling north. The family told troopers that Stauber seemed to be trying to avoid the accident by tapping on his brakes and swerving to the right. The pickup hit the passenger side of Stauber’s Ford Explorer. The Hogan’s suffered minor injuries. Both Ed Stauber and his son were killed.