In a very real way, Glenn Flothe’s Alaska State Trooper career has been defined by the Robert Hansen serial murder case. I certainly have made my own contributions to that assessment. But it’s not entirely fair. What’s missing is the background and context: how was it that Flothe could jump in and solve the Hansen case? Surely he didn’t come to the assignment as a blank page. In fact, he had a significant caseload.

Here, and in the next few installments, we’ll consider that caseload as foundational and look at some of the previous homicide cases in Flothe’s back pages. We’ll start with the first one Flothe listed. The Walatka case reconstruction, taken from court records, is based on the Alaska State Trooper investigation. As noted, it was but a small slice of Flothe’s caseload during this period. Flothe had a caseload that would break a lesser man. A caseload from hell. 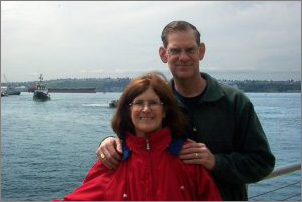 Glenn Flothe and his wife, Cheryl, after her successful kidney transplant in 2007

Caseload Summary: Mildred Walatka
One of the first cases mentioned in Glenn Flothe’s caseload was the murder of an Alaska pioneer and her son. It was, from beginning to end, a vexing case.
On the thirteenth day of May, 1981, Scott Walker, Dale Willhite, and Timothy Hopkins burglarized the residence of Harvey Noble and obtained several firearms. On the twenty-ninth day of May they planned to burglarize the Anchorage residence of Alaska pioneer Mildred Walatka. The three apparently intended to burglarize the residence when it was unoccupied, but when Walker knocked on the door to make sure no one was home, Mrs. Walatka’s son, Herbert Oakley, opened the door.

Walker stated that he was surprised when Oakley answered the door, so as prearranged he feigned car problems, planning to leave without further incident. Walker testified that Hopkins then changed the plan and they remained at the house. They were allowed to enter, claiming they needed to make a phone call as a ruse.

While Scott Walker was using the telephone, Willhite pulled a gun. The three then proceeded to take ivory and jewelry which was in the home. They then forced Mrs. Walatka and Herbert Oakley into a car at gunpoint. With Walker driving, the five went to Walatka’s bank, where she was forced to remove $600 from her account. Again with Walker at the wheel, the burglars took Walatka and Oakley away from the city, where both were shot to death. Walker assisted in hiding the bodies after the homicides.

While in jail Walker wrote out a statement in which he stated that he and Willhite shot Walatka and Oakley and related a version of the killings. In that version Hopkins was the person who did not shoot. Walker placed this statement in a box with some personal possessions and placed it under the bunk of Van Travelstead, who had been assigned to the same cell as Walker. Travelstead took the written statement from the box and turned it over to his attorney who turned it over to the prosecution. Walker moved to suppress the statement and the motion was denied. The statement was admitted at Walker’s trial.

Santa Cruz Sentinel Sunday, June 14, 1981
Alaskan Faces Murder Charge ANCHORAGE (AP) – Two weeks to the day after an Anchorage woman and her son were found shot to death along a country road north of Palmer, an Anchorage man has been charged with two counts of first degree murder. Timothy Hopkins, 20, was identified by a bank teller as the man who allegedly accompanied Mildred Walatka when she withdrew $600 from her account May 29, according to court documents filed Friday by District Attorney Larry Weeks.

Mrs. Walatka, 71, and her son Herbert Oakley, 48, were abducted from their home in an exclusive Anchorage neighborhood, police said. The teller told troopers that because of the suspicious circumstances of the transaction, she called her supervisor and another bank employee to watch as Mrs. Walatka left the bank and got into a car matching the description of Mrs. Walatka’s car, which was found abandoned in a shopping center parking lot the next day. The teller said there were two or three other persons in the car. Troopers speculated earlier that one of them was Oakley.

Hopkins was arrested Monday night on a misdemeanor theft charge stemming from a house break-in near Wasilla last month in which several handguns and a shotgun were taken, police said. All the guns were discovered in a downtown hotel room rented by Hopkins, police said, except for two 9mm pistols. An autopsy showed Mrs. Walatka had been shot six times and Oakley four times with a pair of 9mm pistols. Two other men, Scott M. Walker, 19, and Dale J. Willhite, Jr., 22, also have been charged with second-degree theft in connection with the Wasilla burglary. Police declined to say whether they also will be charged with murder.

Daily Sitka Sentinel, Sitka, Alaska, August 19, 1981
Accused Murderer Granted Immunity ANCHORAGE (AP) — One of  three men charged in a double murder in May and a break-in of a home from which five guns were taken, has received immunity from prosecution. He originally pleaded not guilty to both counts but in return for information leading to the recovery of two guns believed used in the murders, he changed his plea to guilty as part of the agreement.
According to court records, information provided by Dale Willhite Jr. led investigators Tuesday to the body of Ray Newhall Jr., 22, of Wasilla, and two 9mm pistols that State Troopers believe were used to shoot Mildred Walatka and her son, Herbert Oakley. Newhall, last seen by family members May 20, died of multiple gunshot wounds. His body was discovered along Lake Louise Road. Lt. John Lucking refused to speculate on a possible motive for Newhall’s murder.

Under the agreement, all eight charges against Willhite for his alleged role in the Walatka-Oakley killings will be dropped if he testifies against Timothy Hopkins and Scott Walker, also accused of the murders. Willhite also agreed to provide information on the whereabouts of the murder weapons and details of an unspecified hit-and-run accident on May 26. Willhite now faces only two counts of burglary and theft stemming from the May 13 robbery.

Daily Sitka Sentinel, Sitka, Alaska, Monday, May 17, 1982
Jury Acquits Kidnapper ANCHORAGE (AP) – A Superior Court jury has acquitted Timothy Hopkins of murdering long-time Anchorage residents Mildred Walatka and Herbert Oakley, whose bullet-riddled bodies were found off a lonely road near Palmer last year. However, the panel after two days of deliberation convicted Hopkins of kidnapping, armed robbery, burglary, theft and receiving stolen goods. None of the three men who have admitted taking Walatka and Oakley from their Turnagain home May 29 last year has been convicted of taking part in their deaths.

Two weeks ago, Scott Walker, the second of the three men who have admitted taking Walatka and Oakley from their home, was convicted by a different jury of kidnapping and armed robbery. The third member of the trio, Dale Willhite, received immunity from prosecution in return for taking police to one of the weapons used in the murders and testifying against Walker and Hopkins. Whillhite also led police to the body of a third murder victim, Ray “Doody” Newhall, near Lake Louise. Hopkins has been charged with Newhall’s murder. That trial begins this week.

Daily Sitka Sentinel, Sitka, Alaska, Monday, August 23,1982
Kidnapper Draws 89 Years in Prison ANCHORAGE (AP) — A 20- year-old man convicted of kidnapping an Anchorage man and his mother who were killed along a remote road near Palmer has been sentenced to 89 years in prison. Superior Judge Seaborn Buckalew sentenced Scott Walker to consecutive 40-year terms for the kidnapping of Mildred Walatka, 72, and Herbert Oakley, 48. The rest of the term comes from a variety of related burglarly, theft and robbery charges. 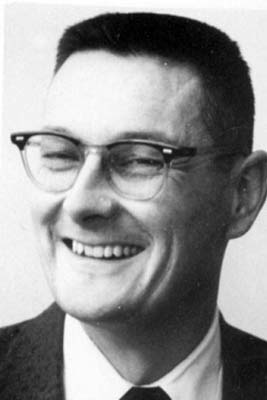 Walker could have been sentenced up to 99 years on each of the kidnapping counts. Walker was one of three men arrested last May in connection with the double murder which Buckalew called “an outrageous crime.” He was acquitted on two counts of first-degree murder after admitting he witnessed the murders but did not participate in them.

Timothy Hopkins, 20, also was acquitted of murder charges but convicted of kidnapping in the case. In each trial, the defendant pinned the shooting on the other man and a third suspect, Dale Willhite. The 23-year-old Willhite escaped prosecution by agreeing to assist in the prosecution of the other two. “Certainly you must have been aware these people were going on their last ride,” Buckalew told Walker at Friday’s sentencing. “These people were executed so they could not testify.”