Eileen Wafer of Haines, Alaska, was baby-sitting her younger brothers the evening of June 10, 1982. When her mother returned later that night, the young boys were sleeping, but Eileen was gone. Her family reported her missing. Four days later, her older brother and a friend found her partially clothed body in bushes along the beach at Portage Cove, just several hundred feet from where she was staying. An autopsy ruled she had been strangled.

Alaska State Troopers investigators theorized that Eileen Wafer knew the person who came to her house the evening she was home with her brothers and coaxed her to step outside. But investigators have never formally named any suspects in her death. 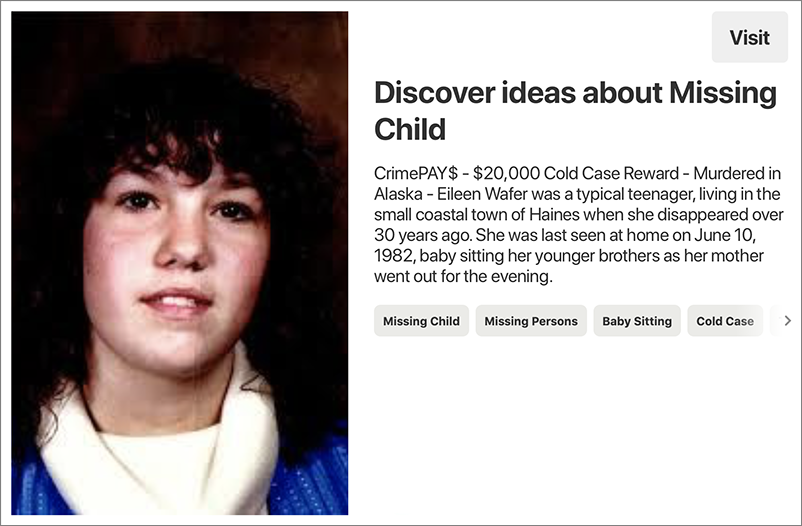 Cold case unit cut could end work on Wafer killing Lois Wafer moved from Oregon to Haines in September 1981. Her husband Glen Wafer was filing for divorce, and her sister Phyllis Martin, who lived in Haines, was expecting a baby. Phyllis asked Wafer to come up and help out with a few things.

Eileen initially stayed with her father in Oregon, but moved up to Haines to join her mother about a month later. Lois and Eileen lived in a room at the Mountain View Motel on Mud Bay Road with Eileen’s little brothers Gene, 6, and James, 4.

In the late evening of June 9, 1982, Lois’s friend Ruthie Davis showed up at the motel room asking if Lois wanted to go shoot a game of pool across town. “Eileen said, ‘Oh Mom, don’t go downtown with Ruthie.’ She didn’t want me to leave, but I said I’d be back pretty quick. So I went ahead and went.”

Lois left around midnight, leaving her daughter in charge of her two young siblings. When she returned two hours later, the motel room door was unlocked. Eileen was gone, and the boys were asleep. 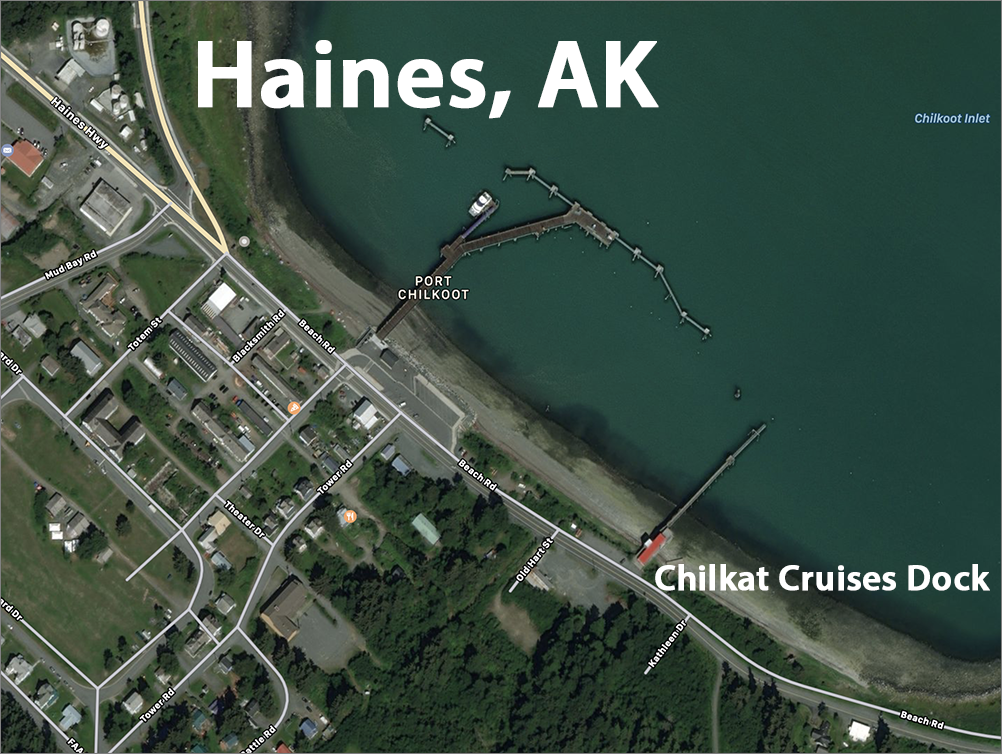 Lois said the boys don’t remember anything because they were asleep the entire time, though Gene vaguely recalled hearing voices. “He felt like he woke up and heard somebody talking, like somebody was talking to Eileen,” she said. “He didn’t know if he was just dreaming or what.”

Lois reported her daughter missing on June 10, but police treated Eileen as a runaway. Eileen’s aunt Phyllis Martin, who died in 2006, told the Lynn Canal News at the time that local police wouldn’t perform a search for Eileen until seven days had passed.

“They treated me like she was a lowly citizen and it wasn’t worth looking for her,” Lois said. “They just acted like it was nothing.”

Family and local volunteers organized a town-wide search, with Eileen’s older brother Corey flying down from Anchorage to help. An hour after Corey arrived in Haines, he and Eileen’s boyfriend Sean Hannon discovered her partially unclothed body in some bushes on the beach, near where the Chilkat Cruises dock stands today. 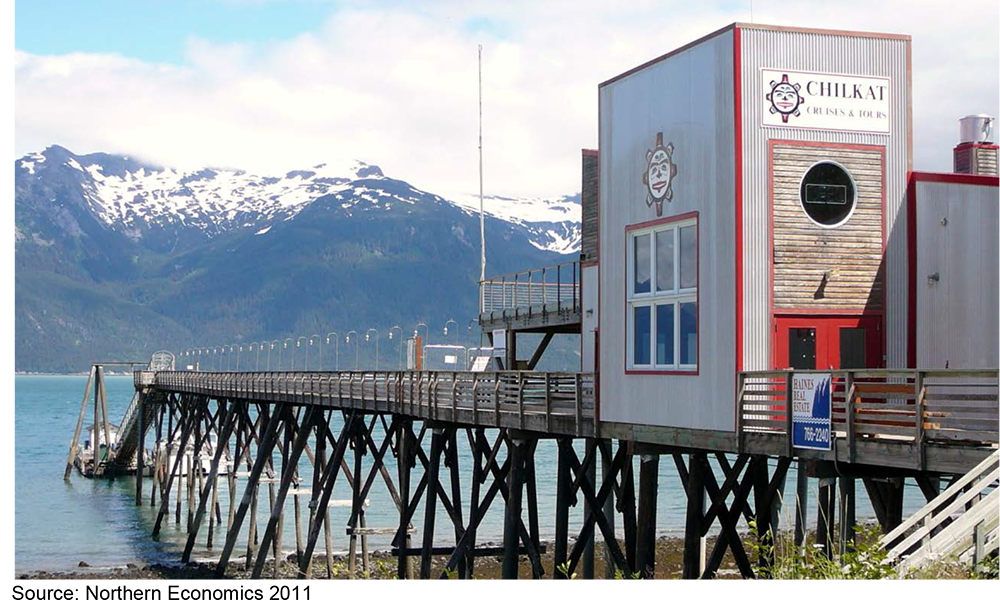 An autopsy showed Eileen had been sexually assaulted and strangled with heavy twine commonly used in commercial fishing. It remains unclear whether she was killed on the beach or if her body was dumped there later. Investigators found no drag marks and noted that party-goers who had been using the beach during the days she was missing hadn’t seen her body there.

The lack of an initial police response and movement of the body by Haines officials before state investigators arrived caused a flurry of accusations about incompetence, crime scene contamination, and a possible cover-up, Lois said.

By 1995, the case ran ice cold. DNA tests had eliminated all suspects, and leads were exhausted. No arrests were ever made, and no suspect was ever publicly identified.