The murder of Ron and Darcelle Cole is the second installment on Sgt. Glenn Flothe’s caseload in the months before he took on the case of the Missing Dancers.

Federal and state authorities had identified Ron Cole as a major cocaine dealer. They claimed he had purchased cocaine valued at about $300,000 in a single 30-day period. On Sept. 28, 1981, Ron and his wife Darcelle were found dead of gunshot wounds in the living room of their Hillside home. Drug paraphernalia was scattered through the house. 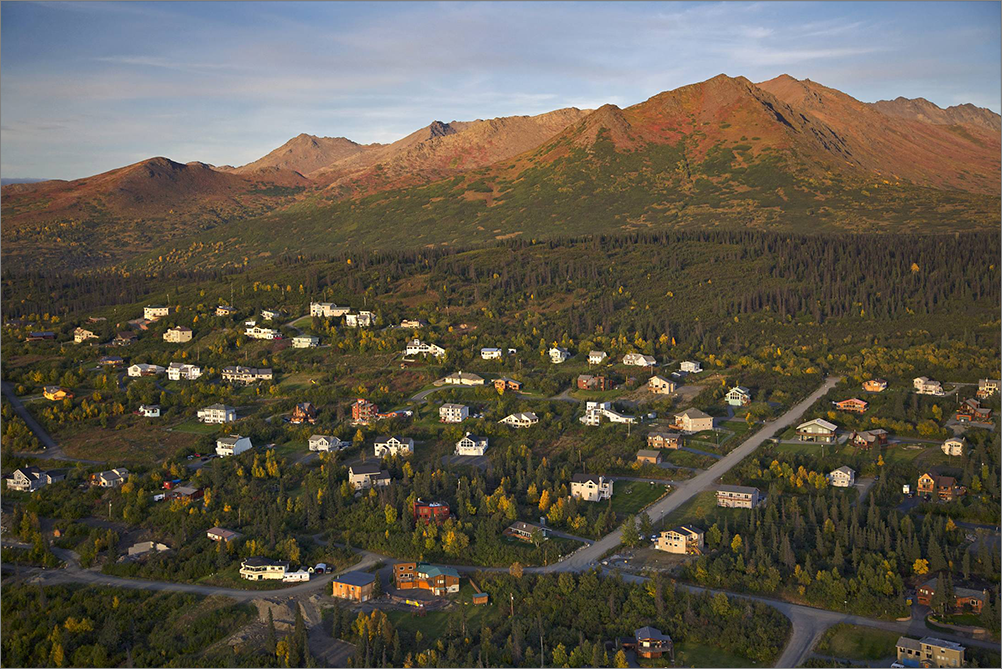 Hillside Neighborhood, in the shadow of the Chugach Mountains near Anchorage (credit: Fortune Magazine)

In the ensuing days, Michael T. Smith was arrested for possession of cocaine and questioned by state troopers. The troopers advised Smith of his Miranda rights. Smith waived them. He discussed the drug charges with the troopers for approximately an hour, admitting he had been distributing cocaine, Ron Cole was his supplier, he owed Cole $15,000, and Cole maintained a list of persons who owed him for cocaine, one of whom was Smith. 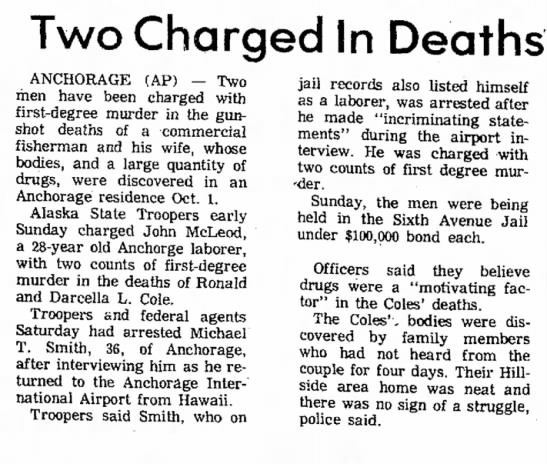 Trooper: Well, it … it wouldn’t be fair to you to say that we weren’t Mike.

Smith: Because if you are, it’s … it’s a serious charge and I think I should have counsel, if that’s where … what you’re … where you’re coming from, just tell me if you are.

The troopers reminded Smith he himself had pointed out that anyone in Cole’s list of debtors who owed him money for drugs “would certainly have reason enough to kill him,” to which Smith responded, “Yeah. I admitted my name is probably in it.”

STEARNS: And you signed [the rights sheet] and you’re aware … and you’re aware that it says on there any time you feel that you want counsel, that’s it, okay. So, don’t misunderstand Chuck and I. You want counsel, well … by God don’t … don’t hesitate to get yourself counsel. You want to talk to us about Ron Cole’s dealings, you want to talk to us about the murder and suspects, anybody, will [sic] talk to you. If you want a lawyer to do that, then feel free [gesturing to a nearby telephone]. 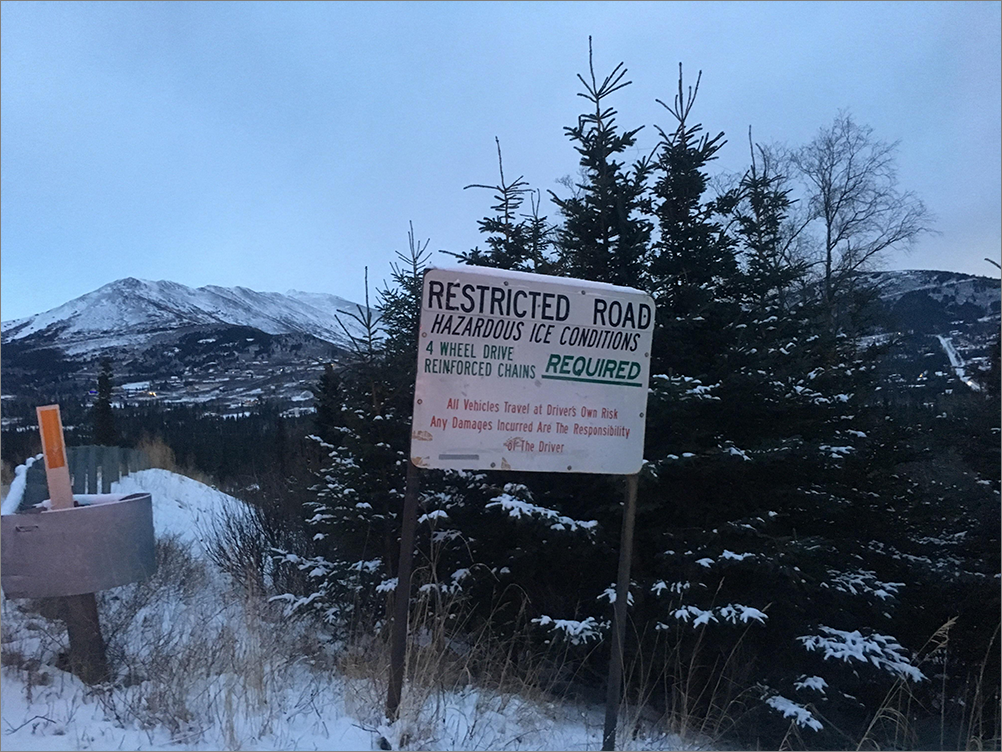 Daily Sitka Sentinel, Sitka, Alaska, Monday, February 8, 1982
Jury Acquits Suspect In Two Murders ANCHORAGE (AP) – A man charged with first-degree murder in the Sept. 28 gunshot slayings of Ron and Darcelle Cole has been acquitted. “I never did do the crime,” said John McLeod after an Anchorage jury deliberated for 18 hours and acquitted him of two counts of first-degree murder. The Coles were found in the living room of their Hillside home. Drug paraphernalia was scattered through the house.

Federal and state authorities had identified Ron Cole as a major cocaine dealer. They claimed he had purchased cocaine valued at about $300,000 in a single 30-day period before his death.

The apparent key to McLeod’s acquittal was testimony by his girlfriend, Michelle Rogovin. She said McLeod was at her Sand Lake home at the time of the killings. The prosecution’s star witness, 36-year-old welder Michael Smith, testified he shot the couple, but said McLeod encouraged him, provided the gun and waited outside the Coles’ home during the murders. Smith is scheduled for trial in April.

860 F.2d 1528, Smith Vs. Endell (1988)
United States Court of Appeals, Ninth Circuit.
Argued and Submitted Feb. 1, 1988.
Decided Nov. 14, 1988.
Michael Smith was convicted in the Superior Court of the State of Alaska for the murder of Ron and Darcelle Cole. He appealed to the Alaska Court of Appeals asserting, among other claims, that the Superior Court failed, in violation of rules established in Miranda v. Arizona, to suppress a confession obtained in the absence of counsel through in-custody, police-initiated interrogation after Smith had requested an attorney […]

The State argues that Smith’s post-request “failure to respond to the [troopers’] offer to use the telephone together with the fact that he resumed answering questions adequately clarified Smith’s position.” Acceptance of this argument would defeat the requirement that post-request interrogation be limited to clarification of the initial request, and that waiver may not be based upon a suspect’s response to continued interrogation.

Because this requirement was violated, the statement obtained from Smith should have been suppressed.