Robert Hansen’s bakery was perfectly situated. For business. For kidnapping. For murder. A major highway ran in front. It was minutes from the 4th Avenue strip in downtown Anchorage. Minutes from Merrill Field in the other direction. Then there were his hours, starting early in the morning and off by noon. The baker’s hours coincided with those held by the women of the night. If his murders seemed to increase in 1982, his bakery was part of the reason. Hansen lived along a horizontal line that stretched between assignations.

“Hansen’s Bakery [was] located in a block building on the southwest corner of 9th and Ingra, having the address of 828 E. 9th Avenue, [and] clearly marked by a large white and black sign over the business front entry doors, stating clearly Hansen’s Bakery. 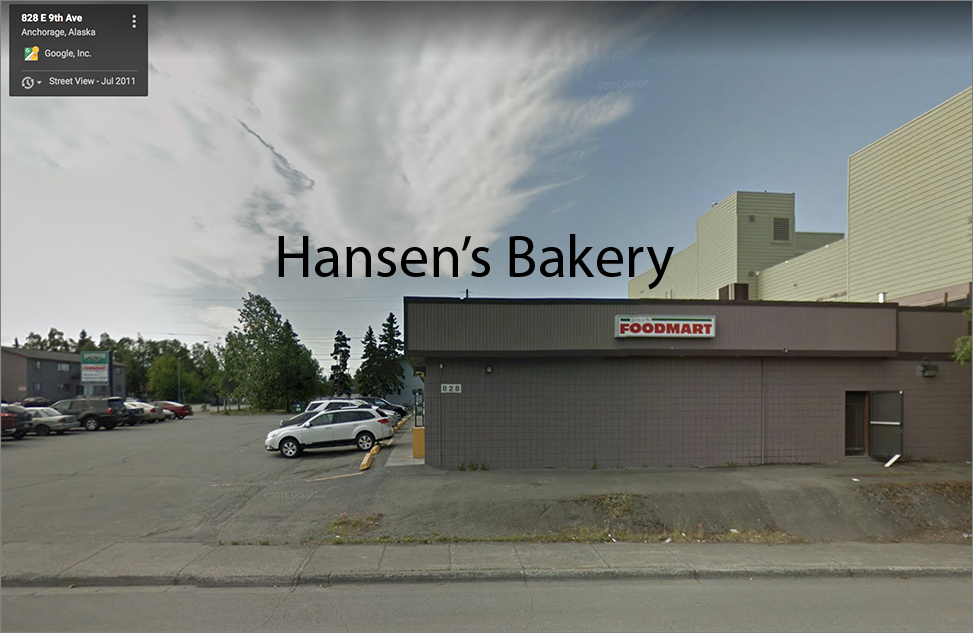 “A utility records check indicate[d] that Robert C. Hansen initiated utilities at the above place of business, being Hansen’s Bakery, on 1-21-82.

“The business hours posted in the window of Hansen’s Bakery state that the bakery is open for business from 6:00 a.m. to 5:30 p.m. Monday through Friday, and 6:00 a.m. to 1:00 p.m. on Saturday. Until recently the sign in the window stated that the business was closed on Sunday and Monday’s, indicating a change from a summer to winter schedule. 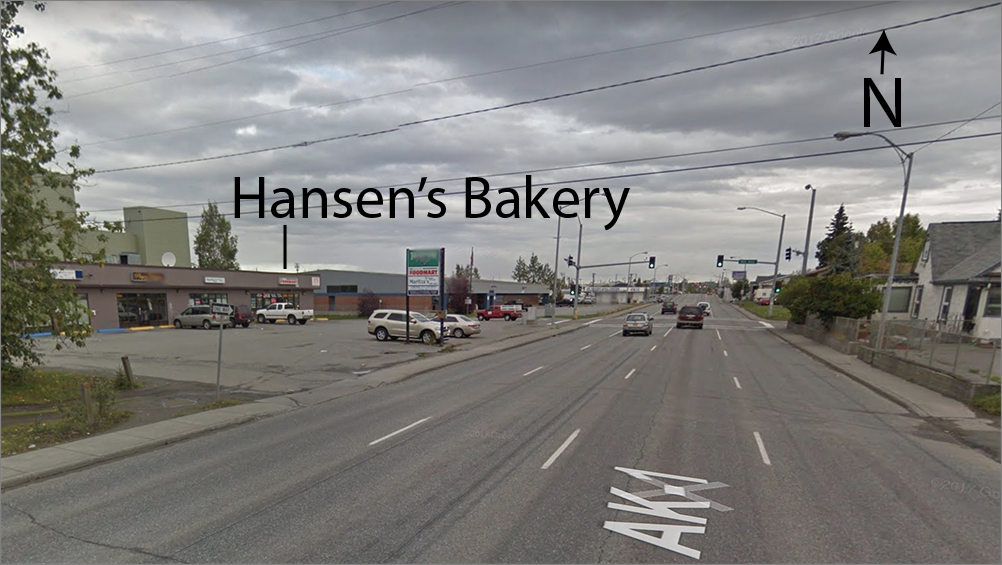 “Based upon affiant’s and Sergeant Stauber’s personal observations, Hansen’s Bakery employs at least two female workers, who work the counter during the daytime, and one additional male employee that assists Hansen in the early morning hours prior to the bakery opening. It has been further observed that Hansen’s vehicle is gone from his place of business usually prior to 12 noon.”
Source: Affidavit for Search Warrant of Robert Hansen’s Property, Sgt. Glenn Flothe, Alaska State Troopers

The “Hansen Line” stretched on a horizontal, west to east, from downtown Anchorage to Muldoon. Downtown Anchorage was the starting point for things that “went bad.” His bakery was the cover for his late hours in sketchy clubs. Merrill Field became the take-off point for his nefarious deeds. His home in Muldoon, meanwhile, was a kidnap pad, at least when his wife was out of town. Otherwise, the area north of Muldoon, near the Glenn Hwy, served a similar purpose — a place where his regime of terror was rigorously enforced.

All these locales were within 15 minutes of each other. Too close for comfort if you danced for a living. Sgt. Flothe and the troopers took pains to map Hansen’s deadly routine.