On June 13, 1983, Cindy Paulson was kidnapped and raped, her life threatened by Robert Hansen. Her eventual getaway was central to Hansen’s ultimate capture and confession to the murder of dozens of women. Three months later, Cindy agreed to a detailed interview with Sgt. Glenn Flothe, the Alaska State Trooper in charge of the homicide investigation. This interview helped pave the way for Hansen’s indictment in the murders.

FLOTHE: Now, on Page 2 you drew a diagram here and there’s here what is steps. Would you mark those steps so that somebody else will know what they are? (phone dial tone). And this is the garage part here?
CINDY: Um hmm.
FLOTHE: Mark that. OK, write garage there. OK.
CINDY: When you walk from the garage, you walk up the steps and go to the right and they’ll take you into the house. And to the right, as soon you walk in the door, is a closet. And then to the left there’s some stairs going down and there’s a big moose with buffalo heads in it and then you go down some more stairs and it leads you into the downstairs. To the basement, what he called his den.
FLOTHE: OK. Did you go into that closet at all, Cindy?
CINDY: No. 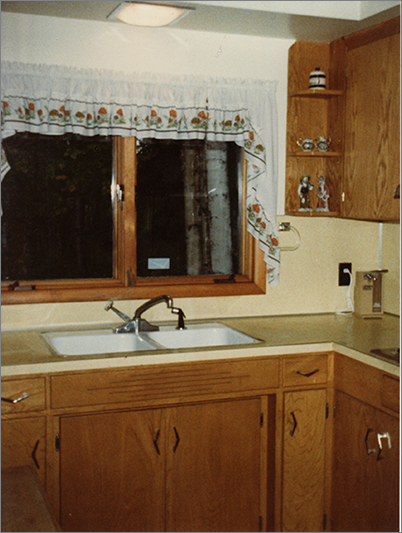 Kitchen at Robert Hansen’s House (copyright Leland E. Hale; the kitchen is at the rear of the house, beyond the living room – dining room; Cindy spent no time in the common living areas of the home)

FLOTHE: OK. For the purposes of the tape, Investigator Casper was on the phone there, so we know who he was. (to Casper: ‘That’s all right.’) And you say there’s a moose head…
CINDY: Uh huh.
FLOTHE: Right here. OK. That’s to the left.
CINDY: Uh huh.
FLOTHE: And then past that you go down some more stairs and then you go down?
CINDY: Yes. Yes.
(sound of door closing)
FLOTHE: OK. That’s Page 2 and that shows going from the garage, up the steps, make a right (sic), then to the left there’s a moose head, closet, then you go down some steps… Is that like a basement or?
CINDY: It’s probably his den. 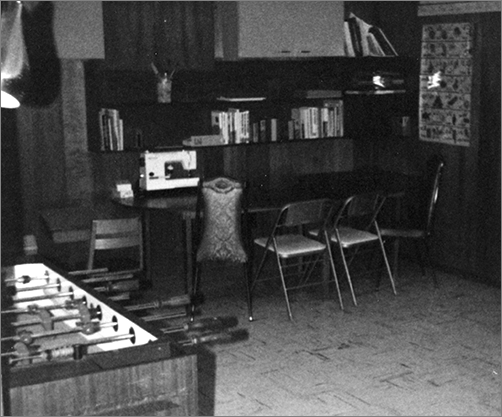 FLOTHE: His den. Is there any windows or anything?
CINDY: Yes. And they’re closed and barred.
FLOTHE: Barred? What do you mean?
CINDY: Barred like the wire they have at the police station. Like, I really didn’t see ‘em close, ‘cause I was chained to the floor. But it looked like they had like little bullet proof wires in ‘em.
FLOTHE: Hmm. OK. Bullet proof glass? Were there curtains on the windows?
CINDY: Uh huh, black curtains.
FLOTHE: How could you see the windows with the curtains on them?
CINDY: Because they kept flapping about three inches and I was staring at them.
FLOTHE: What color were the curtains?
CINDY: Black or a dark brown.
FLOTHE: Now, this describes the downstairs. Where do you come in the downstairs from the dining room?
CINDY: Right here.
FLOTHE: OK. Put ‘Entry’ there. Entry – as you enter, where is the front of the house with the street side, do you know?
CINDY: To… the… right.
FLOTHE: Will the street side be on which side of the page here?
CINDY: The right. At the bottom.
FLOTHE: The bottom. OK. Put the ‘Street’ down here. OK. Now, as you come in, think back and describe as you come in, what’s…
CINDY: As you come in, you look to the right, there’s a chair, and all the way around the area where there’s furniture are stuffed animals. 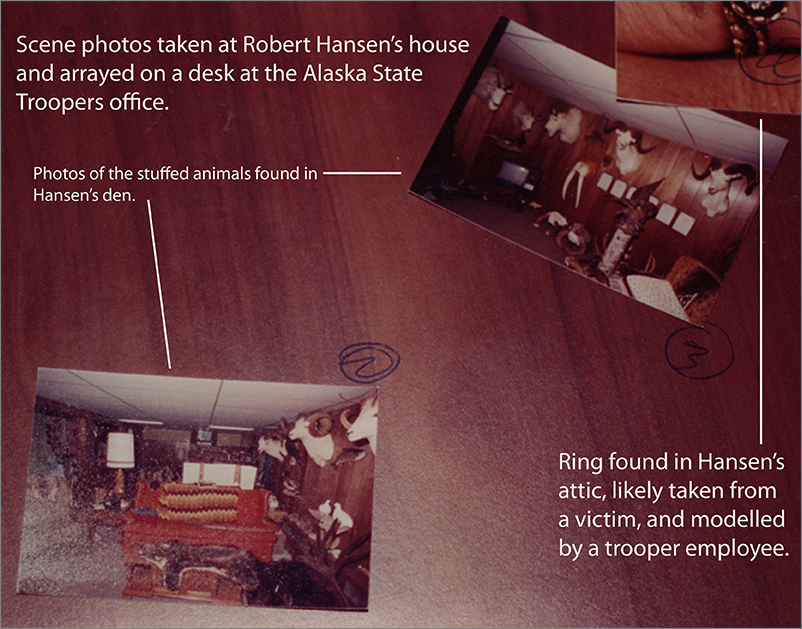