DECEMBER 25, 1971: On Christmas day, two brothers went to McHugh Creek, along Turnagain Arm south of Anchorage, to shoot photos. After days of blizzards and sub-zero temperatures, they were glad to be out of the house in balmy 40 degree weather. As he edged toward a waterfall for a classic shot, Dennis Lawler spied what looked like a mannequin, dropped at an odd angle and partially covered with snow. He craned his neck forward to get a better look. His discovery was a body: A young woman, nude from the waist down, a soft cover of downy snowflakes across her exposed thighs.

At the crime scene, troopers found a woman who seemed to match one of their missing persons reports: Young, fair complexion, long blonde hair. Her wrists were tied behind her back with speaker wire. The gag which had been placed over her mouth had fallen lower across her face. It appeared as though she had been sexually assaulted: her blue jeans were nowhere to be found. Also missing were her green, down-filled parka and rubber soled hiking boots; she had literally been stripped of all protection against the elements. 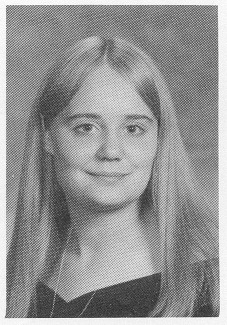 Somehow before her death, she had managed to escape her assailant. She literally ran for her life. Her first fall was fifty feet from the presumed location of the murderer’s car. With her hands bound behind her, and in snow three feet deep on a dizzying slope, it would have taken a superhuman effort to regain her feet and continue the descent into what must have seemed a black hole. She got within ten to fifteen feet of the waterfall, but somehow turned away at the last minute.
In the days since she’d gone missing, temperatures ranged from a low of minus five to a high of 22. She had frozen to death.

In the parking lot, the scene investigation led to the discovery of “donuts” in the pavement, made by a car circling the roadway, perhaps in a mad attempt to find Beth after she’d escaped the vehicle. At her autopsy the following day, they confirmed that she had been sexually assaulted: her bra had been cut, leaving a diagonal slash mark between her breasts; there was evidence of sexual penetration; semen was found in her womb.

Whoever did this was the lowest of the low.

1 thought on “The Lonesome Death of Beth van Zanten: Discovery”