Maxine Farrell was right. Dancers were going missing. And they weren’t coming back. By late November, 1981, a pattern had emerged with a vengeance.

Walter J. Gilmour
“The first real breaks in the case of the missing dancers, as the case was coming to be known, were so small as to be almost unnoticeable. In fact, the breaks probably look better in retrospect than they did at the time. But a pattern was nevertheless beginning to emerge with greater and greater clarity.

“On November 23rd in 1981, Sherry Morrow, a topless dancer at the Wild Cherry Bar in Anchorage, was reported missing by her boyfriend. She had spent the night of November 16th at a girlfriend’s house and had disappeared the next day. Sherry had told her girlfriend that she had an appointment the following day at Alice’s 210 restaurant at noon — and that the man she was to meet had offered her $300 to let him take nude photos. 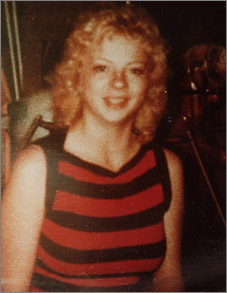 “Six months later, we got an almost identical report. Sue Luna, a prostitute, met a man at the Good Times bar, one of many strip bars and topless clubs in downtown Anchorage. Like Sherry Morrow, Sue had agreed to meet an unidentified man at Alice’s 210, although Luna was to be paid $300 for an hour of sex, not photos. Her roommate eventually reported that Luna did not appear for work on May 26 and that she had not seen her since. Sue’s sister reported her missing. 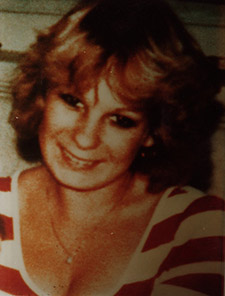 “Near the end of 1982 we got our first significant break. On September 12, 1982, two off-duty officers with the Anchorage Police Department had taken a riverboat about 25 miles north of Anchorage, to the Knik River, where they’d gone hunting. On the north shore of the river, on a gravel sandbar accessible only by a 4-wheeler, riverboat or small aircraft, they accidentally came across a gravesite as they made camp for the evening. At daylight the next day, they reported their find to the Palmer Trooper Detachment, the AST office nearest the Knik River.

“Now that pattern had a name. Homicide.”