We resume our excerpts from the previously unpublished writings of Walter Gilmour. In this installment, he talks about the breaks that led to the arrest and conviction of Robert Hansen. Here, it’s the small stuff that matters. Or, the stuff that appears to be small in the moment. Because, you know, details matter.

“As Robert Yount was driving down the street on his way to work that morning, he was met with an unusual sight. There, in the middle of the road, was a distraught, naked woman. As he neared her, she waved him down, handcuffs firmly wrapped around her wrists. Yount stopped and opened the door. She jumped into the truck, screaming, “He’s going to kill  me.” 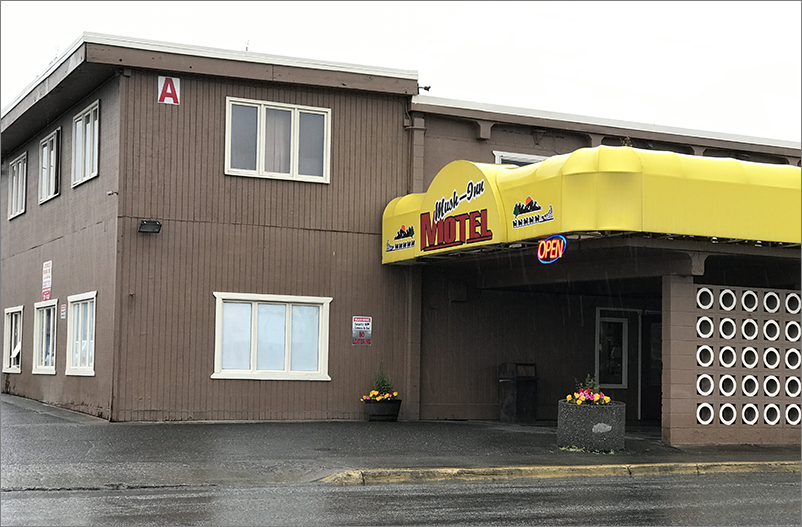 Mush Inn Motel, Anchorage
“Yount took off and, when he got to the Mush Inn Motel, Cindy demanded to be let out. Yount continued to his place of employment, where he immediately called the police.”

“If Yount hadn’t called the police, Cindy would not have reported it. Yount, through a phone call, put Hansen back into police scrutiny. Need more good citizens — we can’t do it alone.”   Glenn Flothe

“It was to room 110 of the Big Timber Motel that Officer Greg Baker of the Anchorage Police Dept. was called. When he entered the room, he came upon a deeply agitated Cindy Paulson, her hands still secured in front of her with handcuffs. She had a single demand: get these handcuffs off my wrists. He did. Then he took Cindy to the hospital to complete a sexual assault exam. 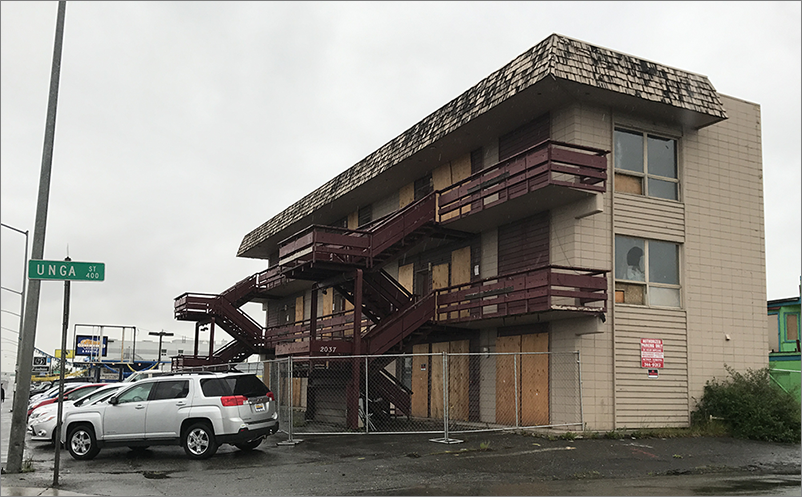 Big Timber Motel (Copyright Leland E. Hale 2017; the building is condemned but was recently sold to a developer)
“Based on the license plate number written down by an observant security guard at Merrill Field — where Cindy Paulson had barely escaped an airplane ride into oblivion — police soon identified Paulson’s assailant as Robert C. Hansen. They interviewed him that morning at APD headquarters. The Anchorage cops also obtained a written waiver from Hansen to search his car and house.”

Officer Baker also assisted in the search of Hansen’s house and car. He and the other APD officers found several things of interest, including a false panel which opened to a compartment containing a large number of rifles. One of the officers, moreover, noted an unusual gun in the collection — a Thompson Contender which, they knew, came with interchangeable barrels in many different calibers.

[1] Sherry Morrow was a Hansen victim found in a shallow grave on the shores of the Knik River, north of Anchorage. Her face was wrapped in an Ace bandage. She was killed with a .223. This was serious stuff.